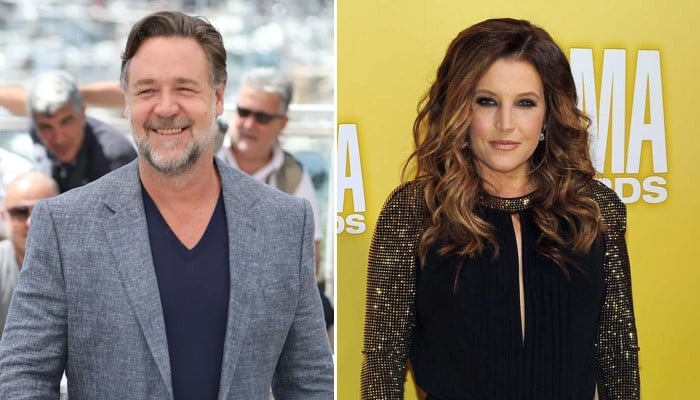 Russell Crowe remembered Lisa Marie Presley following the news of her tragic death at 54 on Thursday.

The Gladiator star, 54, recalled fond memories of the American singer, saying that she was “way too young” to die at 54.

Speaking to the Australian Today show on Saturday, the Oscar winner, 58, recalled how the pair met while working on Soundstage in Chicago in 2003.

“Being a massive Elvis [Presley] fan, I kind of got around to being in the right place to meet her,” Russell told Nine’s Entertainment Editor Richard Wilkins.

Russell, who was married to Danielle Spencer at the time, explained the pair had a really nice chat and said she was “really sweet.”

He also described how they later reconnected when Lisa Marie visited Australia with her mum Priscilla.

“I just got a call one night, I was sitting in my office in [the Sydney suburb] Woolloomooloo, and I got a call saying, you know, ‘Hey Russell, it’s Lisa Marie. Wanna go out for a drink?” he recalled.

Russell said he immediately grabbed his then father-in-law Don Spencer and met up with Lisa-Marie and Priscilla.

“I actually think Don was doing very well with Priscilla, he didn’t realise, I think, how well he was doing, and somehow he got distracted,” Russell said.

He then made the joke, “I tell my kids every now and then, ‘If your [grandfather] had just kept focused, we could have been related to the Presleys.”

Lisa Marie Presley was the only child and heir of Elvis and Priscilla Presley. She died from cardiac arrest.