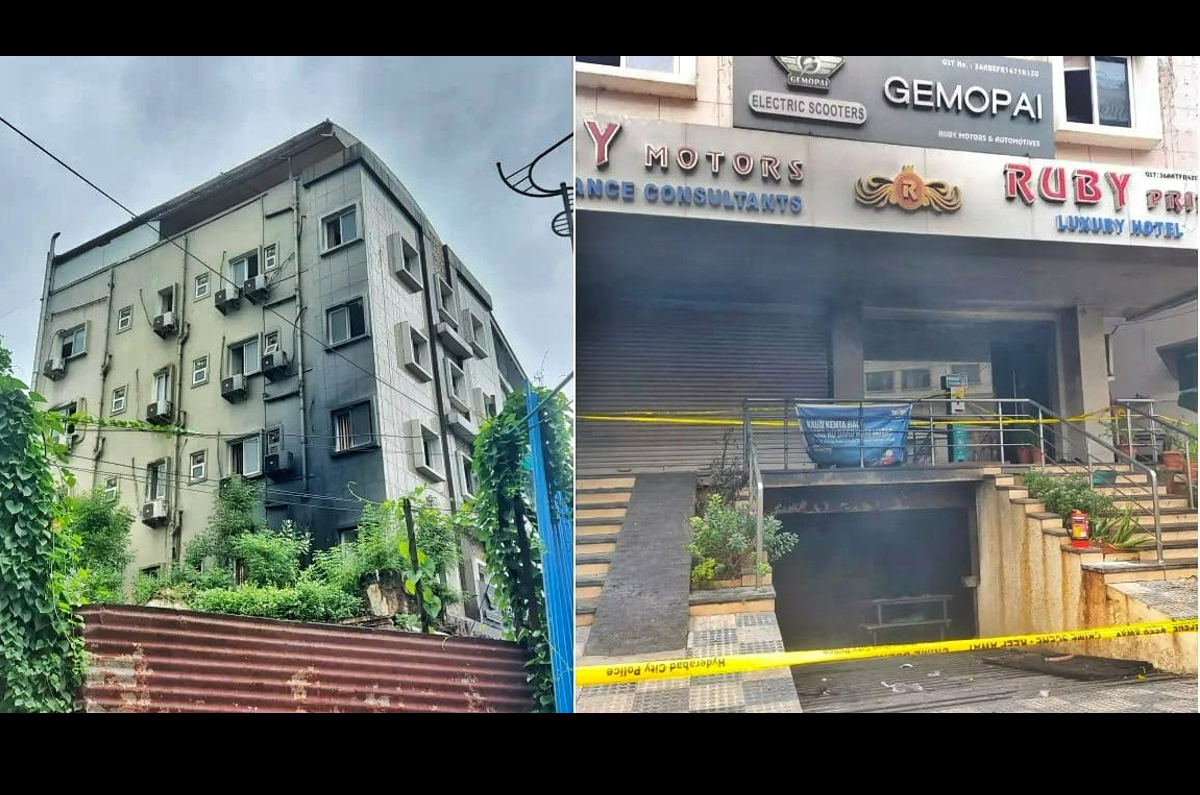 The cause of the fire appears to be a short circuit on one of the electric scooters kept for charging.

A fire broke out at night in a Secunderabad electric scooter showroom, killing at least eight people and injuring several others on September 12. The cause of the fire appears to be a short circuit on one of the electric scooters that was charging on the ground floor. At the moment, it isn’t clear what make and model of the scooter caught fire, but this showroom appears to be a multi-brand outlet for low-cost EVs.

The building in question housed an electric vehicle showroom on the ground floor, with a hotel above it. Preliminary reports reveal that the ground floor also housed gas cylinders and batteries. A few people were seen jumping out of their hotel room windows in a desperate attempt to escape the fire.

“It appears there are 23 rooms across four floors of the hotel. The smoke travelled through the staircase from the bottom to the top floor,” said CV Anand, Hyderabad police commissioner. “Some people who were sleeping in the first and second floors came to the corridor through the thick smoke and died due to asphyxiation.”

The fire department rescued people using cranes and locals assisted in the rescue efforts as well. Sanjay Kumar Jain, director general of Telangana fire services, said it was “largely the smoke, and not fire, that caused the disaster”.

This isn’t the first time that an electric scooter has sparked (quite literally) a fire, with the likes of Ola, Okinawa Autotech, Pure EV and Jitendra EV Tech also suffering similar incidents in the recent past.

Volkswagen Golf and hot GTI to return with electric power