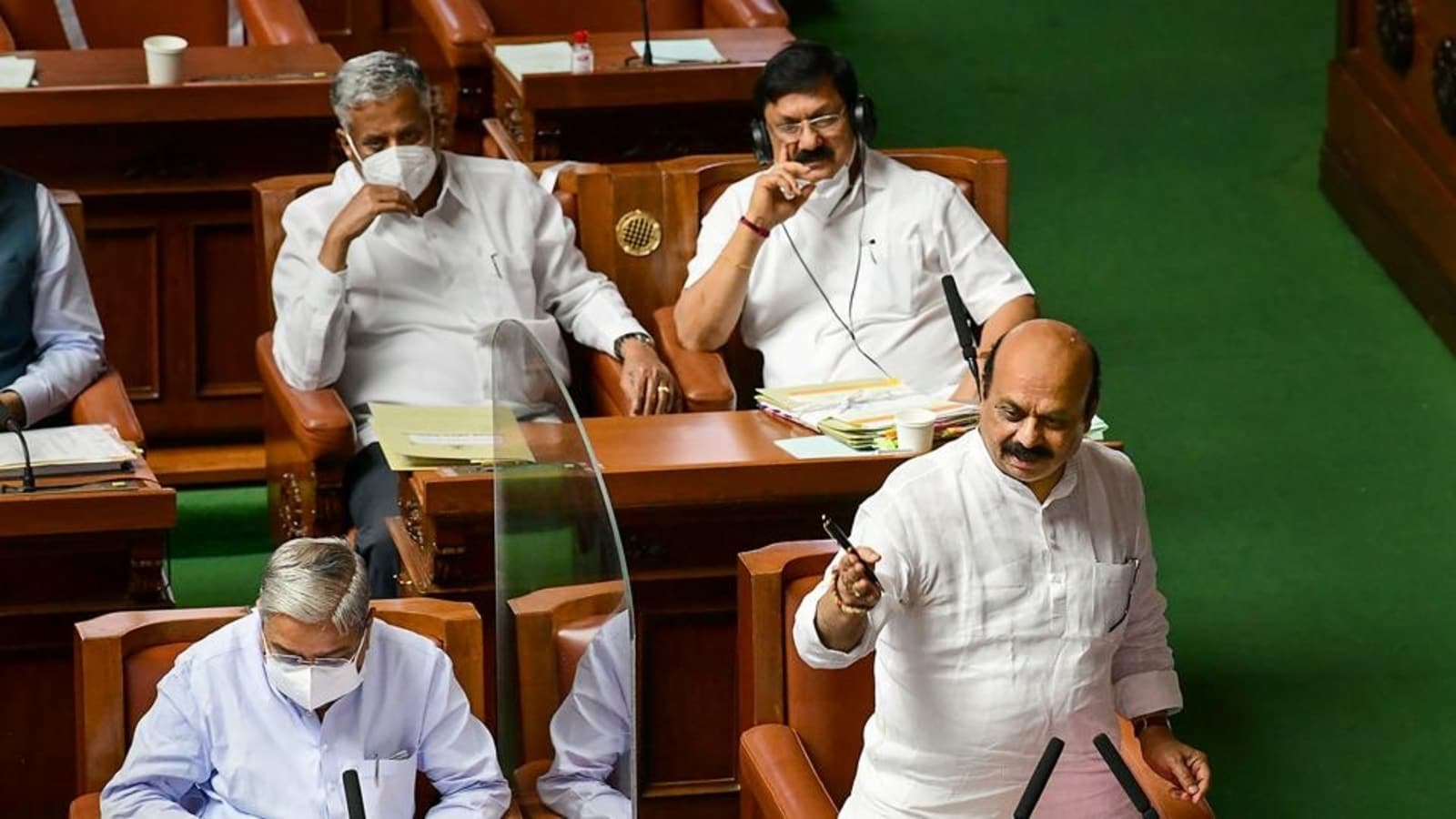 The Karnataka Legislative Assembly on Tuesday witnessed a banter regarding Leader of the Opposition Siddaramaiah’s recent visit to a flood-hit locality in Bengaluru by a boat, as the ruling BJP members including Chief Minister Basavaraj Bommai alleged that the boat ride was in just 1.5 ft water on the roads.

The exchange happened as Siddaramaiah was speaking, initiating a debate on torrential rains and deluge in several parts of the state including Bengaluru and damage caused by it.

“I had been to a place in the Mahadevapura where CEOs and celebrities live in Yemlur. One had to use a boat to go there,” Siddaramaiah said, referring to the upscale Epsilon layout, parts of which were inundated due to rains.

Intervening, Mahadevapura BJP MLA Aravind Limbavali said, there was no need for Siddaramaiah to go there in a boat, as there was an alternate route. “Not sure why you went by boat and who misled you…you should have taken me along or if you had informed me I would have joined you. The CM also came there. Someone had taken you on the backside route. People around you have misguided you.”

Many legislators burst into laughter at the remarks of Limbavali. Siddaramaiah on his part, said that he had gone by road regularly used by locals and it was under water, and why take an alternate route when he had gone to the stock of the situation.

Jumping to Siddaramaiah’s defence, BTM Layout Congress MLA Ramalinga Reddy said the leader of the opposition had taken the same route that was taken by Chief Minister Basavaraj Bommai, during his visit to the locality.

However, Limbavali rejected this claim stating that Bommai did not visit Epsilon and instead had been to a neighbouring locality named Divyashree.

Intervening at this point, CM Bommai said, “What amuses me is that our leader (of opposition) was taken by some great people on a boat in just 1.5 ft water.” Rejecting this, Siddaramaiah, Reddy, Krishna Byre Gowda and other Congress MLAs said, “No no, it is not true…..a boat can’t float on 1.5 ft water, there was about four to five feet of water.”

Bommai responding to it and said, “I saw you going in a boat in the media. There was water till the knee of the person who was pushing the boat.”

Several Congress leaders objected to it said that the Chief Minister was trying to undermine the grave situation that existed there because of flooding and sufferings of the people. They also pointed out that Siddaramaiah used an SDRF boat that was placed there by the government and asked if there was 1.5ft water as claimed, why was the boat there.

“SDRF boats were kept for emergencies, for the citizens, but you used it. You could have walked. I too had walked in 3 ft water. Maybe people were concerned about you or misguided you. They didn’t want your feet to get wet,” Bommai mocked.

There were claims and counterclaims on the issue for some time, as Siddaramaiah maintained that “The day I went, there was 4-5 ft of water. The boat operator used the motor to operate it. Why should I lie?”; while the CM stuck to his stand that people were seen walking around the boat.

After the exchange for some time, Limbavali said the place that Bommai visited had more water compared to Epsilon and waterlogging was due to the mistake by those who designed the layout. “…maybe the CM could walk as he is young and maybe it would have been difficult for you (Siddaramaiah), so the boat might have been used,” he said.

As the exchange was about to end, Siddaramamiah with a steady voice said, “It is not a contesting issue at all, I had gone by a boat, and the boat needs water. Boat can’t move without water.” To which Bommai said, “How much water was there, is the question.”