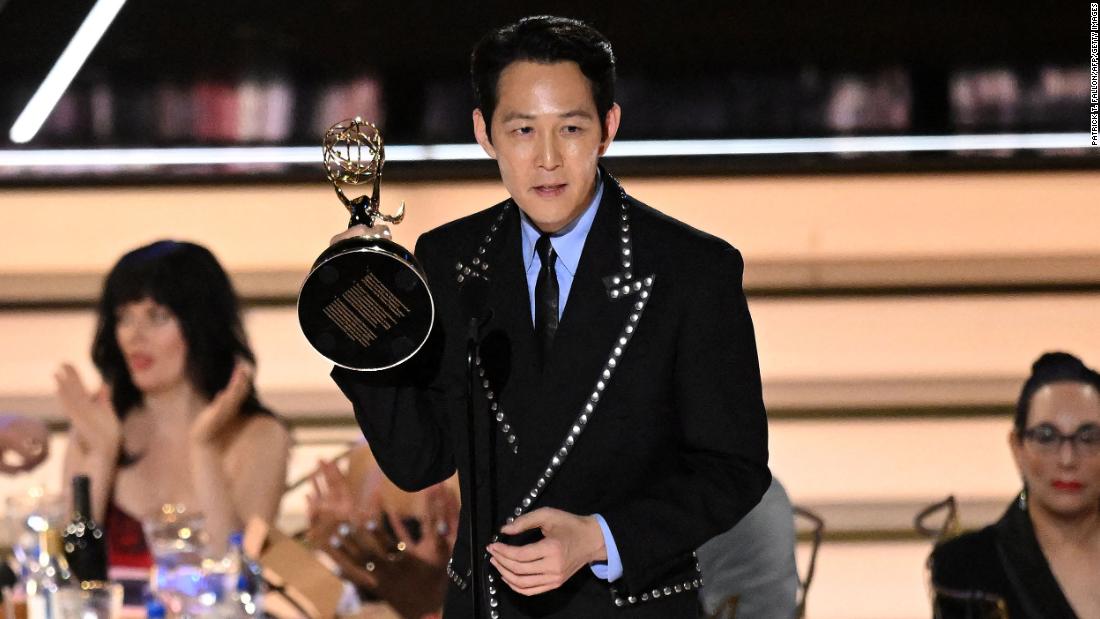 Set in Seoul, the dystopian series which became the biggest show in Netflix’s history, saw hundreds of contestants in need of money play deadly children’s games to win cash prizes.

The show became a pop culture phenomenon when it debuted last September and was the first non-English language series nominated for the outstanding drama series at the Emmys. It received 14 nominations at this year’s awards. Lee is the first South Korean actor to win in the outstanding lead actor category.

After accepting his award, Lee thanked director Hwang “for making a realistic problem we all face come to life so creatively on the screen with a great script and amazing visuals.”

The show’s creator, Hwang said he hoped his Emmy as outstanding director in a drama series won’t be his last.

“I want to thank the TV Academy for this honor and also a huge thank-you to Netflix,” he said in his speech and gave a shout out to Netflix boss Ted Sarandos.

“On to season two,” he told the audience.

Speaking previously with CNN, Hwang shared his inspiration for Squid Game, saying that it was “a personal story” that also reflected the “competitive society.”

“This is a story about losers,” he said — those who struggle through the challenges of everyday life and get left behind, while the “winners level up.”

Back in South Korea, many shared pride for the Emmy wins. “Lee Jung-jae made another mark (for) the Korean movie industry,” wrote one South Korean viewer on Twitter. Another called it a “historical moment” for Korea’s film industry.

President Yoon Suk Yeol congratulated Hwang and Lee on their awards, and said Lee had honed his skills through dramas and movies.

“Actor Lee Jung-jae’s outstanding acting has brought the character and the viewers’ hearts together,” Yoon wrote on his Facebook page.