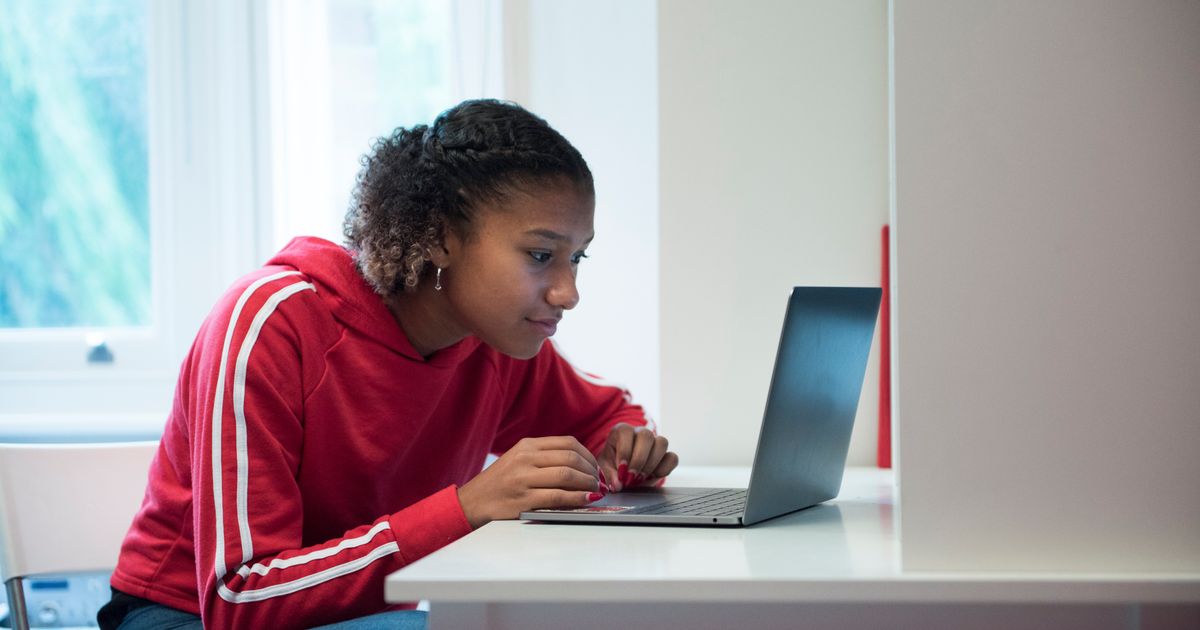 We refer to teens today as “digital natives” and often turn to them for technical assistance when navigating the apps and platforms that have become essential to our daily functioning. But although today’s teens can’t remember a time before the internet, when it comes to separating fact from fiction in the digital realm, they’re remarkably naive.

A recent study published in the journal Frontiers In Psychology found that a significant number of teens were unable to distinguish between true and fake health-related messages.

Researchers at Comenius University in Slovakia presented 300 students in Slovakian secondary schools, ages 16-19, with a series of messages regarding the health benefits of specific fruits and vegetables. The teens were asked to rate the trustworthiness of each message. Some of the messages were fake, others were true, and some true messages were altered in ways that previous research has shown reduces credibility: written using superlatives, a clickbait-style, grammar mistakes, authority appeal or bold typeface.

The teens were also asked questions to gauge their scientific reasoning, analytical thinking and media literacy, so that researchers could control for these factors.

Interestingly, researchers found that the editorial alteration of the messages did not impact the teens’ perception of their trustworthiness — with one notable exception.

“The only version of a health message that was significantly less trusted compared to a true health message was a message with a clickbait headline,” Radomír Masaryk, the study’s principal investigator, said in a press release.

Overall, the results suggest that many teens are vulnerable to fake messages, or misinformation, spread online, and point to the need for more education in media literacy.

“As adolescents are frequent users of the internet, we usually expect that they already know how to approach and appraise online information, but the opposite seems to be true,” said Masaryk.

Given the alarming spread of health-related misinformation surrounding the COVID-19 pandemic, there is an urgency to teaching kids and teens the skills they need to evaluate the credibility of online sources of news and information. These skills are often referred to as media literacy, and there is a growing movement to mandate instruction of them in U.S. schools.

“When COVID hit, many educators saw the manifestation of misinformation among some teens via their choices regarding getting vaccinated and wearing masks,” Olga Polites, a former high school English teacher who is now an instructor at Rowan University and the New Jersey chapter leader of Media Literacy Now, told HuffPost.

“When I asked them to identify where they got their information from, they defaulted to ‘I read it on my phone,’ or ‘I saw it on TikTok,’” said Polites, who believes that while COVID brought the issue to light, it is one that has been escalating for many years.

For example, in 2019, the Stanford History Education Group issued a report that included the finding that 96% of students surveyed failed to consider that ties to the fossil fuel industry might affect the credibility of a climate change website.

Adolescents also may not understand the difference between social media companies and news companies or be able to identify sponsored content.

Michael Spikes, a lecturer in journalism at Northwestern University and the Illinois chapter leader of Media Literacy Now, said that because teens spend a lot of time in “online platforms that are free to them, but commoditize their time spent on it to advertisers,” they end up being exposed to more false information than most adults.

Teens, Spikes said, “jump to conclusions based on how persuasive the speaker may be, or if an image is provided that may or may not be related to the subject at hand.” Spikes added that these behaviors are common in adults, too, and because these media skills are new to many teachers as well, professional development is an important part of media literacy education.

There is evidence that such education is effective. In another study involving the Stanford History Education Group, this one in 2021, researchers found that students significantly improved their ability to judge the credibility of sources after receiving six one-hour lessons in evaluation strategies over the course of three months from trained teachers.

Aiden DeMarsey, a recent high school graduate in New Jersey, told HuffPost that when he’s online he tries to stick to “trustworthy sources” like the Associated Press and the New Jersey Globe, and he avoids social media platforms when it comes to seeking out news. Red flags that he’s noticed include words in all caps or buzzwords in a title.

“We need to have active conversations in classrooms and at our kitchen tables regarding current events and how to reliably get information,” DeMarsey said.

What can parents do to help their kids distinguish between real and fake news?

Even if you’re not at the head of the classroom, there are a number of ways you can encourage the development of these skills in your own children.

1. Share news stories with your children. Drawing from credible national and local sources, be on the lookout for articles that will be of interest to your kids, and editorials about the issues important to them.

2. Practice what Polites has dubbed “good information” behavior. Instead of leading with, “I don’t know if this is true or not because I saw it on Facebook…” talk about news you encounter in credible sources, and open by naming your source. For example, “I just read an article in HuffPost…”

3. Take an interest in the media your teen is consuming. “It’s easy for adults to simply ignore or reject the things that young people are into,” said Spikes, “But by showing them how to engage with media actively, they can begin to plant the seed for their young people to… engage in a deeper analysis of what they are consuming.”

4. When discussing a media message with your teen (even if it’s not something you think qualifies as news, such as a TikTok video), ask the following questions, as suggested by the National Association for Media Literacy Education.

5. Talk about media literacy with your teen. Ask them how they define “news” and what it means to them to “be informed.” Be curious and listen attentively to what they’re trying to tell you instead of asserting your own opinions. Ask follow-up questions.

6. Use available online resources. There are a number of organizations dedicated to promoting media literacy. Here are several:

3 skills you must master for a successful relationship

#Cheeseboard: For a cheesy and cheery Christmas

Malaika Arora ditches pants for mini shirt dress and sweater vest in these cool pics inside an auto: Check out here | Fashion Trends