Talk to mainstream to fill gaps, vacuum is hurting Kashmir 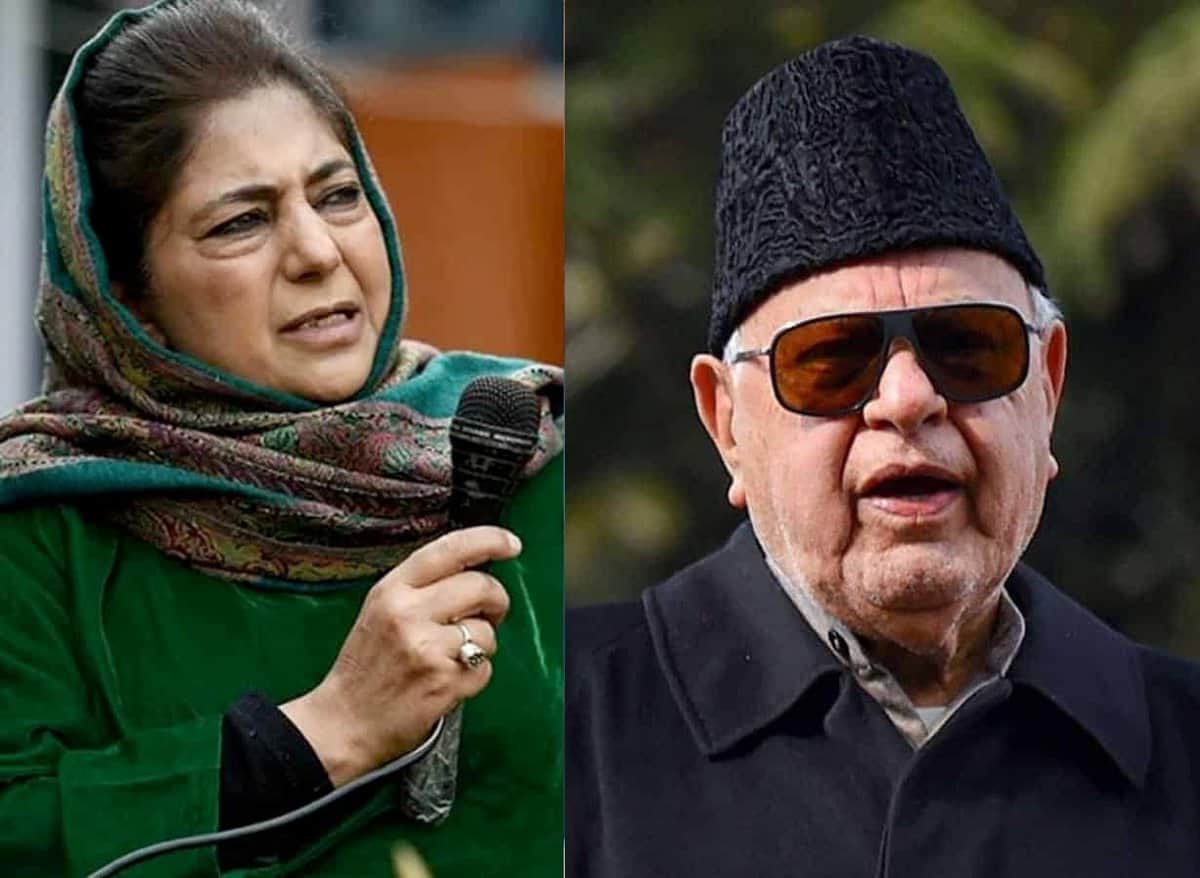 At this moment, Kashmir’s landscape is dotted by a host of political apprehensions, there is a need to reopen the dialogue with the leadership, which despite all odds stacked against it, has, time and again reiterated its commitment and faith to the institutions of the country. This, Delhi and the Union Territory administration, should recognize will work in the mutual interest of the two sides besides building a positive narrative for the people at large and other stakeholders in particular.

Kashmir is a place where even rumours carry a weight of credibility among the credulous, and also among those who see their interests served in the tweaked narratives. There are others, who want to believe what they know is not true in the real sense of the world. The majority believes all this and this damages the national interest and brings in a thick layer over the real intentions and purposes.

Prime Minister Narendra Modi had convened a meeting of all parties of Jammu and Kashmir on June 24 last year, wherein various group leaders aired their grievances, ranging from the situation and fear caused in their minds as also in the public mind following the abrogation of Article 370- PDP chief Mehbooba Mufti was the most vocal on it, others played a soft ball hoping that this would convince Delhi to offer some concessions to Kashmir to justify their presence in the APM. Days before and after the meeting became a subject of public discourse, as any interaction at this level heralds hope among the people eager to see light at end of the tunnel.  Let it be said very clearly that no one understands it better than  the Prime Minister how dialogue is the only way out to find solutions- at the international level, he has spoken of and worked for dialogue and diplomatic approach in resolving the Russia- Ukraine conflict which is now more than six-month-old, and even with  China that has amassed its troops along the Line of Actual Control in eastern Ladakh for nearly two and half years now.

At regular intervals, PM has interacted with the leaders of various political parties in the country, individually and collectively and discussed issues concerning the nation, and it was perhaps this approach that was on his mind when he had met leaders from J&K in June last year. A little over a fortnight, the Delimitation Commission made its first visit to Jammu and Kashmir. That was seen as a  follow up to June 24, 2021, meeting to reinforce the point that the Government of India was keen to have early elections in the Union territory. There were other issues on which some action was equally important, but time has shown that Delhi continues with its wait-and-watch approach. There are leaders, some of them are those who contested elections, risking their lives, and of course, some of them are separatists. A case by case study could have been undertaken to weigh whether keeping them in detention served purpose or inflicted damage to the overall objective of peace and prosperity in the region.

The chief cleric of Kashmir, Mirwaiz Umar Farooq, who also happens to be Chairman of his own faction of the Hurriyat Conference, is under house arrest for more than three years. How should his detention be read – he is a face of separatism, who gave clarion calls for “struggle“ to find justice, or for his pitch for triangular  dialogue  between India, Pakistan and the people of Kashmir – the triangular dialogue  was talking to Delhi and Islamabad alternatively  rather than arranging three seats at a single table for the “ three parties..” There also is an unforgettable image of his, leading the delegation of the grouping to talk with the Centre way back in January 2004,  that frame shows them meeting the then Prime Minister Atal Behari Vajpayee. There are others including Engineer Rashid, two time MLA, who has also completed three years in prison.

Their continuous detention should be studied, whether it is doing more harm than good analysis.

Since June 24 last year, Kashmir has made tremendous progress in infrastructural development, new buildings and roads are coming up, but the problem is that there are forces guarding these structures. The people can be trusted for security of these features because they love these developmental works as they have undergone great pain in the absence of these works  There is only an official narrative, which BJP speaks occasionally . The narrative of “ Halat ache hai  (situation is good vis-à-vis windfall that Kashmir received this year) need to be expanded further.

The people have their grievances, too. They want the listening posts, But they are dismayed by the political vacuum. There is a language with which they feel comfortable in their day-to-day grievances. When they feel that the leaders whom they had elected are not being entertained for the sensitive issues, this tends to do two things – the official narrative doesn’t get percolated as much as the narrators wish , and the alienation widens as a result. These gaps need to close.

Farooq Abdullah, the tallest leader of Kashmir, in all senses of the word, not only because of his political career of more than four decades but also the way he is viewed all over – the most familiar and recognizable face of Kashmir politics all across the world, has the capacity to lead narratives. And, he can take bold steps – only he could have hoisted national tricolour at his residence to mark the 75th anniversary of Independence Day on August 15.

Talking to the mainstream – NC, PDP, Apni Party, People’s Conference and others is talking to own people.  Lieutenant Governor Manoj Sinha, who at the time of assuming office on August 7, 2020, had  stressed on dialogue, is a  seasoned political leader and knows how important the talks are to sustain hope and realise the dreams of the people . He had invited all the leaders on the eve of the start of the annual Amarnath Yatra ( 2022) on June 29, and continuation of that process, he will find will be a hallmark of his tenure.