The Best Mayo For Tuna Salad, According To Experts 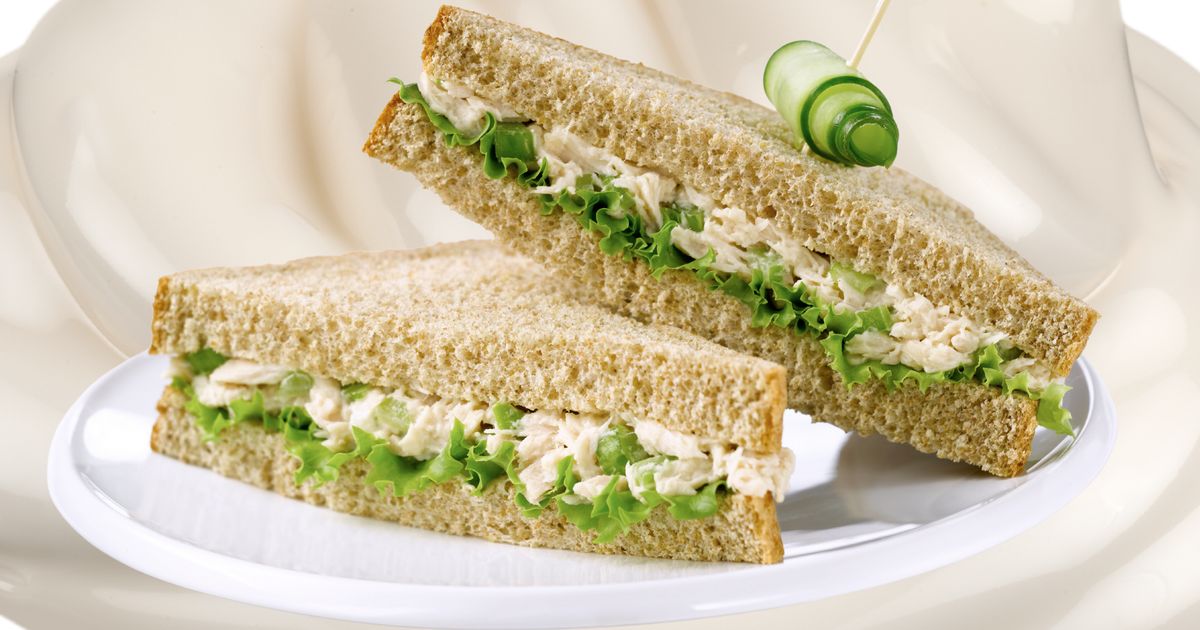 Whether it delights or disgusts you, mayonnaise is the white goo that holds together many of our beloved dishes: potato salad, macaroni salad, deviled eggs, Emily Mariko’s salmon rice bowl and tuna salad for sandwiches.

Even though the essential ingredients in various mayo brands are the same, not all versions are alike. Some mayos are eggy and umami-rich, like the famous Japanese brand Kewpie, while other brands are rich and tangy, like Duke’s.

When it comes to making a classic lunch staple like tuna salad, is there one mayo that does the job better than the rest? HuffPost interviewed four chefs and a food scientist to settle the debate.

The Science Behind The Perfect Mayo

Essentially an emulsion of eggs and oil, mayonnaise acts like food glue to bind tuna fish, celery and onion together in tuna salad.

While most ingredients in mayonnaise are similar from brand to brand, Manning said the percentage of fat in each can differ enough to change the flavor and mouthfeel.

For example, Duke’s and Hellmann’s, two brands beloved by our panel of chef taste testers, both have high fat content, providing a creamy and rich mouthfeel for a tuna salad. Some store brands approximate the profile of those mayo titans at much cheaper prices.

“The size of the fat particles and how it’s processed impact the product’s overall texture,” Manning explained. “Issues could arise if the ingredients are over- or under-mixed, or not in the appropriate quantity, because fat is the most important factor that impacts flavor, texture and appearance. Consider products like Hellmann’s or Duke’s, with a more dense and creamy consistency making them ideal for tuna salad. More viscous or fluid products may cause a more ‘wet’ tuna salad.”

Less popular for tuna salad among our experts but still mayo MVPs, Kewpie and Miracle Whip both have distinct flavors that don’t work as well with tuna, one more savory (Kewpie) and one sweeter (Miracle Whip).

“Kewpie has a similar percentage of fat, but slightly different ingredients, like red wine vinegar and MSG, which gives us that ‘umami’ flavor we enjoy,” Manning said. “Conversely, Miracle Whip has less fat but a different flavor profile due to the addition of high fructose corn syrup, making it ideal for some.”

Andrew Dana, the co-founder and owner of Call Your Mother Deli in Washington, D.C., explained his preference for Duke’s or Hellmann’s. Kewpie, he said, “adds a richness to the tuna salad that is not for me. It makes it almost too thick.”

And on the subject of Miracle Whip, Dana said the sweetness turns it into “dessert tuna salad!”

The consensus among the chefs we interviewed was that either Hellmann’s or Duke’s were the only choices for tuna salad. Here’s why.

Most Americans (myself included) grew up with the blue jar lid of Hellmann’s mayo, a nostalgic and familiar flavor synonymous with American culture — we have the celebrity Super Bowl ads to prove it.

“Hellmann’s is the mayo that tastes most like mayo to many Americans,” Rhoda Boone, the culinary creative director at Made In, told HuffPost. “It brings a classic background flavor to tuna salad, since it’s not too tangy or too sweet, and the texture is smooth and creamy.”

Madelaine Fromer, a private chef and the owner of Sweet Boy New York, also prefers Hellmann’s for a tuna salad sandwich. “It’s the standard for making all types of salads,” she said. “It isn’t too thick; it isn’t too rich to overshadow the flavor of the classic sandwich. A perfect symphony of mayo, tuna, celery and bread.”

Southerners have been gatekeeping this condiment for decades. And after tasting it, we can see why, with its knockout combo of tangy, rich and creamy flavors. The inclusion of apple cider vinegar provides the beloved bite.

“Duke’s tart taste can cut through the sometimes fishy and metallic taste tuna can take on,” culinary professional Elise Smith said. ”It lends itself to a more elevated mayo flavor — it’s the best for tuna salad. The bite from the cider vinegar adds to the depth of flavor” but balances well with the tuna’s meaty flavor profile.

Dana made a compelling case for Duke’s as the mayo of choice for tuna salad. ”It is the perfect backup singer,” he said. “It complements in all the ways it should, adding smoothness and fat and letting the tuna shine. Duke’s is not too tangy like some other mayos, so the tuna still gets to be the lead singer.”

Mayo Alts, For All The Mayo Haters

Some folks hate mayonnaise so much they actually fear its presence. If mayo has you running for the door like a guest on the “Maury” show, some great alts for your next tuna salad sandwich include Greek yogurt or tahini.

“Greek yogurt is a great substitute for mayo in tuna salad because it brings a similar tang and creaminess,” Boone explained. “Another option is olive oil and lemon juice for those who want richness and acidity without adding a creamy component.”

For a creamy, vegetarian or vegan option, Dana suggested some unconventional alts.

“Mayo is gross, but tuna salad is the greatest,” he said. “If you ever need to add creaminess, try tahini, hummus, hot sauce and ketchup. ”

Or keep it simple and use ingredients for a vinaigrette.

“If you’re not using mayo, don’t be afraid to change it up with tuna salad,” Fromer said. “Olive oil and lemon juice would be a nice way to keep it simple. If you’re seeking a similar creaminess and tang, I would suggest an avocado blended with some oil, salt, and a splash of white vinegar.”

3 skills you must master for a successful relationship

#Cheeseboard: For a cheesy and cheery Christmas