The Federal Government Is Making The Monkeypox Outbreak Worse 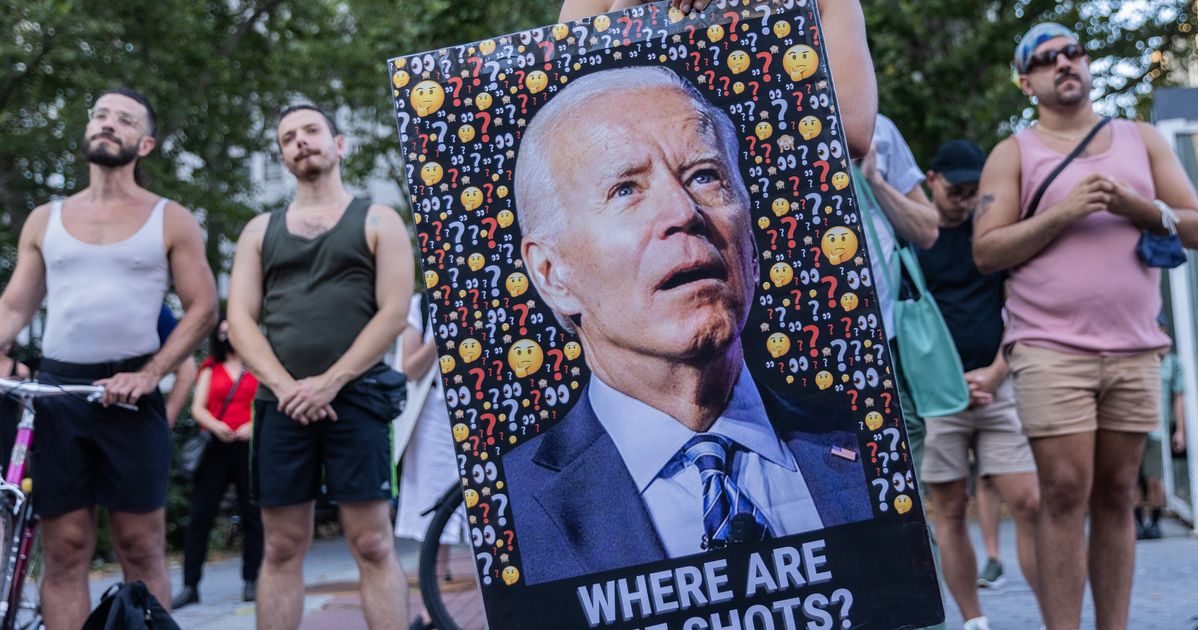 Much like our underperformance in the ongoing plague still ravaging the world, the United States leads in infections for the latest global medical scare.

The U.S. has reported 4,639 known monkeypox cases as of Wednesday, according to data from the Centers for Disease Control and Prevention — surpassing Spain’s 3,738 cases for the world’s highest tally. Globally, over 20,600 cases have been confirmed in 77 nations. Of that figure, more than 20,300 were confirmed in countries that have not historically reported monkeypox infections.

In response to the rising numbers, our government has issued a familiar call to the public.

“The international community must work together to protect individuals that have been impacted by monkeypox, and those most at risk of contracting the virus,” White House COVID-19 coordinator Dr. Ashish Jha said during a press briefing Tuesday.

“We want to make sure that we — all Americans ― understand that we have taken, continue to take this virus seriously,” Jha added. “We’re going to continue working on increasing access to testing, vaccines and treatments, and making sure that Americans understand what risks and challenges this virus faces and what the administration is doing to respond to it.”

Yet, much like the federal government’s response to the COVID-19 pandemic, there is reason to question just how seriously the people in charge of protecting public health are taking the problem, based on choices that have only led to needless pain and suffering among vulnerable populations.

Last Saturday, the World Health Organization declared monkeypox a global health emergency. Although the Biden administration is said to be weighing a similar declaration, one thing is for certain: Unlike with COVID-19 in 2020, there is already a vast quantity of vaccines available to help contain the virus.

A month ago, when the outbreak first reached New York City, there were reportedly nearly 300,000 doses of the ready-to-use Jynneos vaccine owned by the U.S. sitting in a facility in Denmark. They could have been shipped to the U.S. at the time. But, as noted by New York Times reporters Joseph Goldstein and Sharon Otterman, the government was slow to deploy the vaccine, originally developed and stockpiled for use against smallpox, and as a result, failed to contain the largest monkeypox outbreak in America.

“The U.S. government intentionally de-prioritized gay men’s health in the midst of an out-of-control outbreak because of a potential bioterrorist threat that does not currently exist,” James Krellenstein, a Brooklyn-based gay health activist, explained to the Times.

So, our government saw a real problem and opted for a wait-and-see approach in case a nonexistent one arises.

If that weren’t all embarrassing enough, bureaucracy is apparently delaying vaccine shipments: The Food and Drug Administration still has yet to inspect and certify a new facility outside Copenhagen where the company now fills the vaccine into vials.

Against the backdrop of the government’s sluggish response is the widening stigmatization of gay, bisexual and other men who have sex with men, who have accounted for the bulk of cases so far.

Already, there is a misconception that the virus is a sexually transmitted infection. Monkeypox transmission typically occurs through close contact for an extended period of time ― which can include sex ― but it can also spread via articles of clothing, bedding or towels that have been in contact with an infectious patient.

As Dr. Amy Arrington, medical director of the special isolation unit at Texas Children’s Hospital, told ABC News: “You cannot get this virus from touching an elevator button, from walking past someone in the mall casually. It is spread by close contact ― contact with lesions, so touching infectious lesions or infectious scabs.”

Not enough people understand that we have to venture back to the days of letting disinfectant wipes be our BFFs until we get more vaccines rather than keeping away from men who are into other men.

The longer America goes without a public health campaign centered on monkeypox, the likelier it is for misinformation to spread. The longer misinformation is allowed to shape the discourse around monkeypox, the greater worry we should have about the safety of gay and bisexual men. It is no secret that the LGBTQ community has been vilified by the Republican Party and conservative media.

The last thing the community needs in the midst of a health crisis is a rehash of 1980s-style stigmatization combined with the 2020s climate of rising violence.

In an interview with NPR’s “All Things Considered,” Fauci said the U.S. needs to “get rid of anything that even smacks a little bit of stigma.”

“Concentrate on what the reality is,” explained Fauci, who also serves as director of the National Institute of Allergy and Infectious Diseases. “You fight the virus. You don’t stigmatize the people who are infected with the virus. You reach out to the community. You make it very easy for them to have access to testing, to treatment, and to vaccines, as opposed to making it a situation where people are afraid to come forward for those types of things.”

But as the federal government awaits the arrival of millions of vaccine doses in the coming months, there remains a lack of access to antiviral treatments and testing, according to The Washington Post.

“We are essentially rationing health care,” Anthony Fortenberry, chief nursing officer at Callen-Lorde Community Health Center, an LGBTQ provider in New York City, told the paper. “Those that are most connected and privileged are able to access those resources.”

I can speak from experience that there are not enough shots of the Jynneos vaccine to protect all sexually active gay and bisexual men.

And like many reading this, I have mostly learned about the impact of monkeypox thanks to TikTok videos, local press, and newly infected people offering testimonials.

To those of us who lived in New York City at the start of the pandemic, when many of our days and nights were scored by the sounds of ambulances that signaled sickness and death, the failure to act when people in the city are in pain is incredibly frustrating.

For men who have sex with men and have been the predominant group of people experiencing monkeypox infections, the federal response ― lacking in testing, vaccinations and other treatments ― is especially maddening given long-standing health care disparities plaguing our community.

But with infections now being found in county jails and in school-age children, I worry that come fall, monkeypox will affect all Americans ― and that once again, only the privileged will be able to grapple with the pain associated with it.

As much as government officials profess to be working feverishly to stop the spread of monkeypox, their inaction thus far has given way to a predictable result: The virus is moving wildly across the country with no real plan to fight back.

Our federal government should be better than this and is failing us once again.

What do employees seek from their employers in a post pandemic world?