The Hourly Income You Need To Afford Rent Around The U.S. 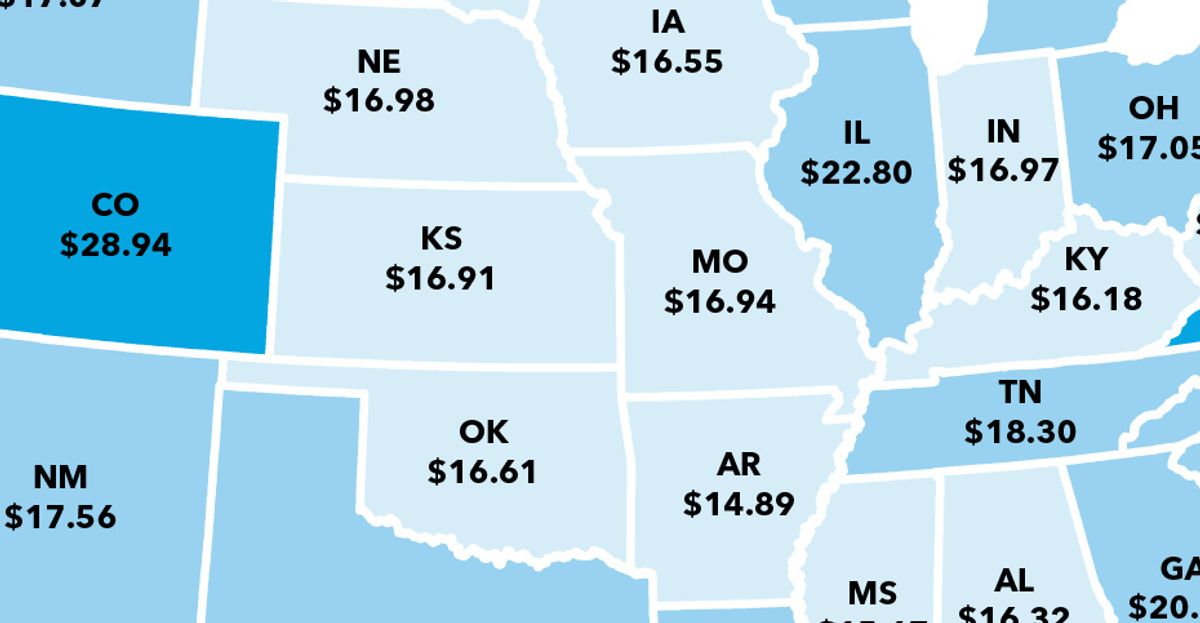 Full-time workers who make minimum wage can’t afford a one-bedroom rental home in any state in the U.S. without spending more than the recommended 30 percent of their income, according to a report from the National Low Income Housing Coalition (NLIHC).

The group’s annual “Out of Reach” report compares minimum wages and housing costs in states, metropolitan areas and counties across the country. This year’s results show the hourly wage rate needed for a “modest” two-bedroom rental in 2022 is more than double the federal minimum wage of $7.25 per hour in every single state.

Nationally, a person would need to make $25.82 per hour to pay for a modest two bedroom rental home without spending more than 30 percent of their income on housing. For a modest one-bedroom rental, it’s $21.25.

Of the 50 states, Arkansas has the lowest hourly income needed for a two-bedroom rental at $14.89, the report shows, but the state minimum wage is $11. Hawaii demands the highest income from renters. Workers need to make $40.63 to afford a two-bedroom in the Aloha State where the minimum wage is increasing to $12 on Oct. 1.

Even accounting for areas that have higher-than-federal minimum wages, the average American would need to log 96-hour workweeks for 52 weeks per year to afford a two-bedroom apartment or rental home, according to the report, which notes that’s equivalent to about two-and-a-half full-time jobs. For the overwhelming majority, not even sharing a dual income with a federal minimum wage-earning partner would cover a two-bedroom rental in their state.

It’s a grim outlook similar to the group’s previous reports, which also showed sobering disparities between income and rent. The report’s authors say poor political decisions are to blame, as well as the coronavirus pandemic, which has only compounded the problem.

“Housing is a basic human need, but millions of people in America cannot afford a safe, stable home,” stated NLIHC President and CEO Diane Yentel in a previous press release. “The lack of affordable homes for the lowest-income people is one of our country’s most urgent and solvable challenges, during and after COVID-19; we lack only the political will to fund the solutions at the scale necessary. It’s time for Congress to act.”

It hasn’t kept up with the rate of productivity growth, either. If it had, the report notes, it would have been over $22 per hour in 2021.

This article was updated with the latest data for 2022.

Red flag behaviours to be aware of while dating