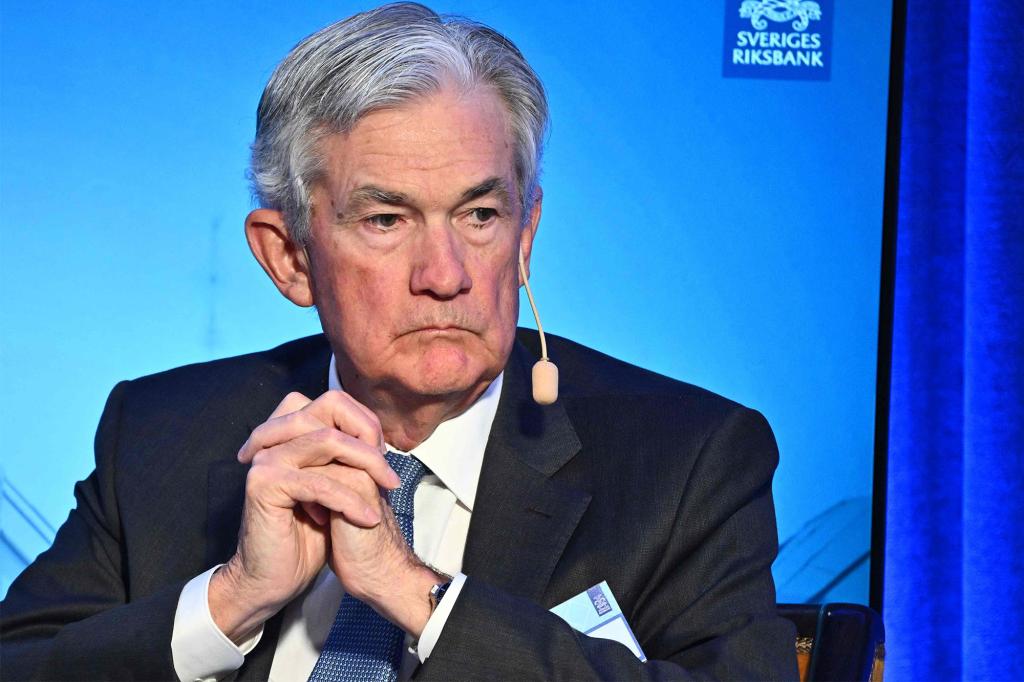 The economic facts have changed markedly since the Federal Reserve last met, in mid-December. Not only is inflation decelerating in the context of a slowing economy — the risk of a government debt-ceiling crisis as early as this summer has increased substantially.

We have to hope that at its next meeting, Jan. 31 to Feb. 1, the Fed will take note of these shifts. Maybe then it will change its mind about the need for further interest-rate increases and further large reductions in market liquidity through quantitative tightening.

If not, we should brace ourselves for an unnecessary economic recession and heightened financial-market turbulence.

Last week’s favorable consumer-price report provided one indication inflation is declining rapidly. It showed headline inflation had come down to 6.5% from its June peak of more than 9%. It also registered that over the past three months, the underlying inflation rate, excluding volatile energy and food prices, had come down to 3.25%.

Forward-looking indicators, meanwhile, suggest further substantial progress will be made in reducing inflation this year. In response to a more than doubling in mortgage rates, housing costs, which account for 40% of the consumer-price index, are now falling as the housing market is already in recession.

At the same time, wage inflation has slowed to 4.5% while the purchasing-managers’ indices for both goods and services suggest the economy is on the cusp of a recession.

An even greater change since the Fed’s last policy meeting is the growing risk of a debt crisis this summer. As if to underline this point, in a letter last week to Speaker Kevin McCarthy, Treasury Secretary Janet Yellen indicated the debt ceiling will be reached this week. She also said the cash and extraordinary measures the Treasury would take to avoid a government debt default might be exhausted by early June.

The large gap between the Republican House majority and President Joe Biden makes a prolonged and bruising battle over raising the debt ceiling all the more likely.

It has to be of particular concern that one price McCarthy had to pay for his speakership was a commitment to the Freedom Caucus not to agree to a debt-ceiling increase without deep public-spending cuts, including on Social Security and Medicare. He did so with the full knowledge that such cuts are anathema to Biden, who believes raising the debt ceiling should not be subject to negotiation.

In the run-up to the last bitter debt-ceiling battle, in 2011, US and world financial markets were roiled and the US stock market declined by close to 20%. The fact that America came close to default also prompted Standard and Poor’s rating agency to strip the US government of its coveted triple AAA rating. That raised the US government’s borrowing cost — at a considerable cost to the taxpayer.

Needless to add, had America actually defaulted on its debt in 2011, all hell would have broken loose in US and world financial markets. Treasury bond yields would have soared and the dollar would’ve plummeted as confidence would have been seriously undermined in the world’s largest government bond market.

All this suggests the last things we now need from the Fed are more interest-rate hikes and further large market-liquidity withdrawals through quantitative tightening. The economy is already slowing and inflation is coming down even before the economic effects of last year’s rapid monetary-policy tightening have been fully felt. At the same time, US and world financial markets are already on the back foot before being subjected to heightened uncertainty over the debt-ceiling issue.

In these circumstances, the Fed would serve us well at its next meeting by dialing back its monetary-policy tightening and signaling its readiness to adjust policy as needed. Given how backward looking the Fed has been in making its recent policy decisions, however, I would not recommend holding your breath for that to happen.

How the wokeness it pushes could destroy higher ed

Op-Ed: In ERs, January kicks off the worst. And then, rain