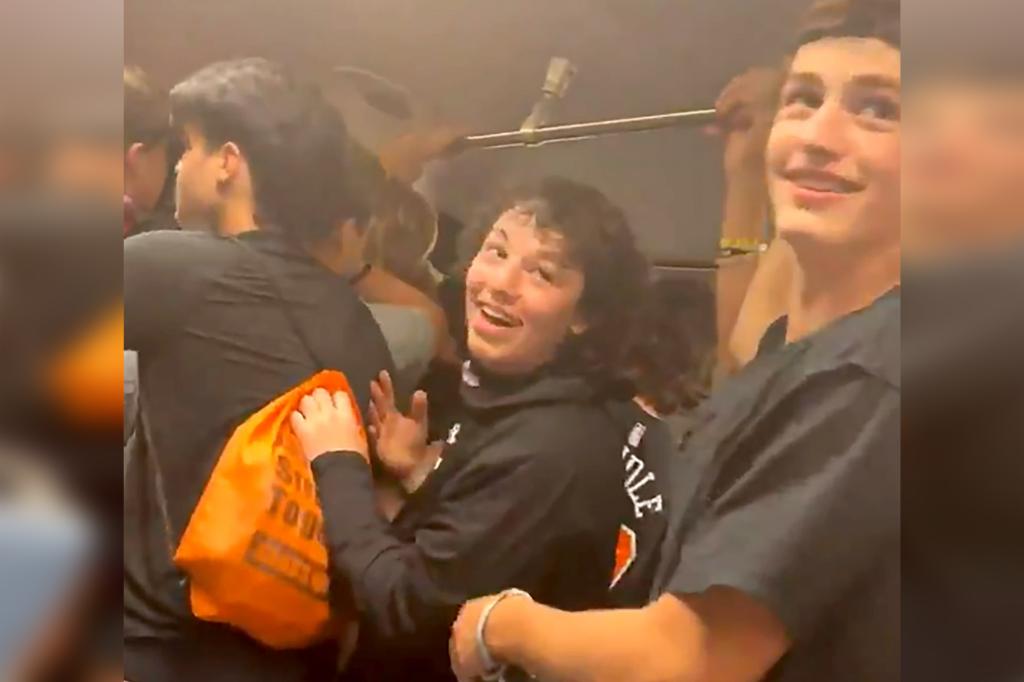 There are few words in the English language that in one context can resemble a lovingly joking gesture and in another are supposed to represent a century of racial hatred. It is the Voldemort of English words that we technically aren’t supposed to say but we all know what we’re referring to when we say the N-word.

On Sept. 2, a video emerged of a group of white students on a DC Metro train singing the lyrics to a song by rapper DaBaby that included multiple uses of the N-word. Ranging from the man who recorded this encounter to the student’s school response, everyone pretends they’re offended by the usage of this word but we all know this isn’t true.

It’s this strange American lie that some of us tell each other that the N-word is abhorrent to use in any circumstance but we’re afraid to admit the obviousness of there being a black exemption.

If these boys were all black, yelling the same song on a metro line, no one would care and I wouldn’t be writing this article. We are also supposed to pretend this topic is simple but it’s incredibly complex and highly circumstantial.

Even among black people, there have been debates about whether we should use it at all as some believe it perpetuates slavery language while others feel that they want the license to take ownership of a negative word and remix it into a term of endearment.

I grew up in an environment where this word was rarely used but I do say it occasionally, mostly for a joking effect. And if I’m honest, there is something about being able to say something that no one else can as a way to verbally stick my tongue out at society; I’m not supposed to admit this but it’s part of my imperfection.

Throughout my life, this word has been incredibly complex as to how I should react to hearing it from anyone or even what it means to me.

Years ago, I realized that I gave the N-word too much power and dictation over my emotional state. If someone is racist, your reaction to their hatred gives them power, so I decided to not give them what they want by remaining stoic and logically responsive.

Today, the N-word for me has contextual nuance as to if I find it offensive, because I understand how malicious people use the word to create outrage from black people for political gain.

We saw it with the mediocre scandal surrounding Joe Rogan as they tried to paint him as a racist when they clipped him saying the word multiple times out of context, but when in context, he was discussing it much like how I am here: Context matters.

In the context of these white students singing a famous black rapper’s lyrics, why would this shock anyone? The majority of hip-hop consumers aren’t black and it’s illogical to think that people are closing their mouths when the naughty N-word is coming up.

Hip-hop commoditizes the N-word for dramatic effect and people listen to some of the most offensive and violent lyrics because it’s taboo and edgy. Those students in the video laughed at the end because they said something taboo, not hateful.

I understand the sensitivity to this word for some black people but I think we should consider there are manipulative forces at play who decide what videos you see on social media and what stories media outlets decide to push forward because of our assumed emotional reaction to a singular word.

The definition of this word is to describe someone who is ignorant and I am no longer ignorant to the manipulation: Neither should you.

Adam B. Coleman is the author of “Black Victim to Black Victor” and founder of Wrong Speak Publishing