The Way of Water’ returns to top of box office 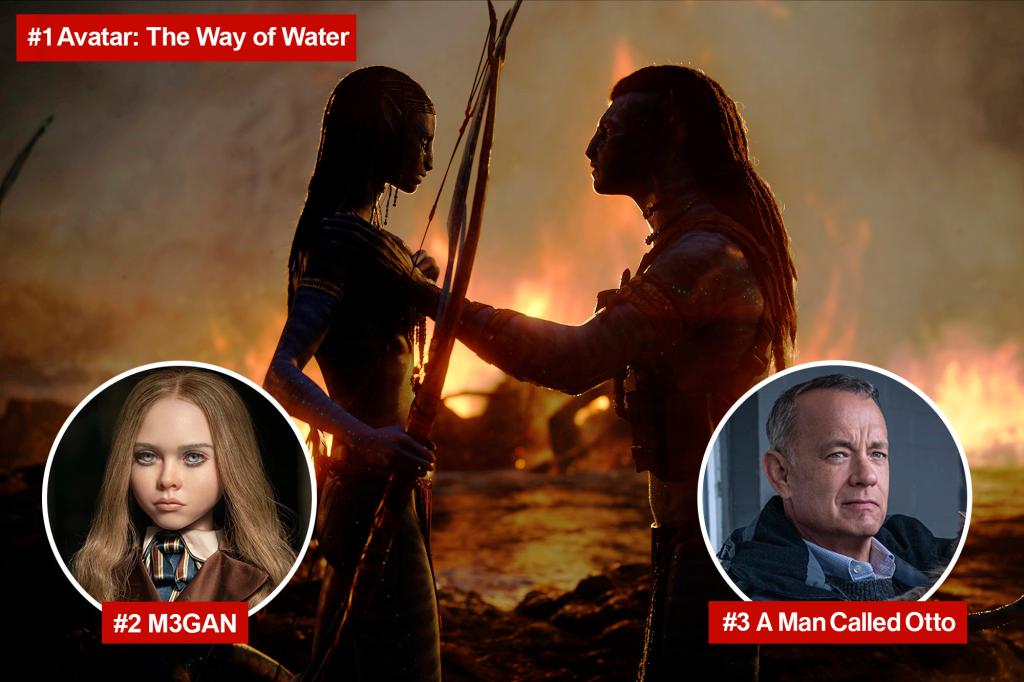 “Avatar: The Way of Water” returned to the top of Friday’s box office, pulling in $7 million in ticket sales, according to IMDB’s Box Office Mojo.

The James Cameron-helmed sequel has sold more than $538.8 million in tickets at US theaters and another $1.22 billion on international screens, bringing it to seventh on the all-time sales list. Cameron said earlier this week the blockbuster, which reportedly needed to gross $2 billion in sales just to break even, will reach that mark soon.

The director also said two more sequels are already in the works.

Slipping to second place Friday night after leading the pack a week ago, the thriller “M3GAN” took in $4.85 million.

The Tom Hanks vehicle “A Man Called Otto” got a huge boost, with sales topping $4 million, as its limited release widened to include more theaters across the country.

“Puss in Boots: The Last Wish,” the latest in the animated “Shrek” franchise, held on for fourth place with $3 million in sales.

And the reboot of the 1990 comedy “House Party” pulled in $1.4 million in its debut in theaters, taking fifth place to start the weekend.