‘They’ll probably learn to regret that’: Can Biden and House GOP get along in ‘23? 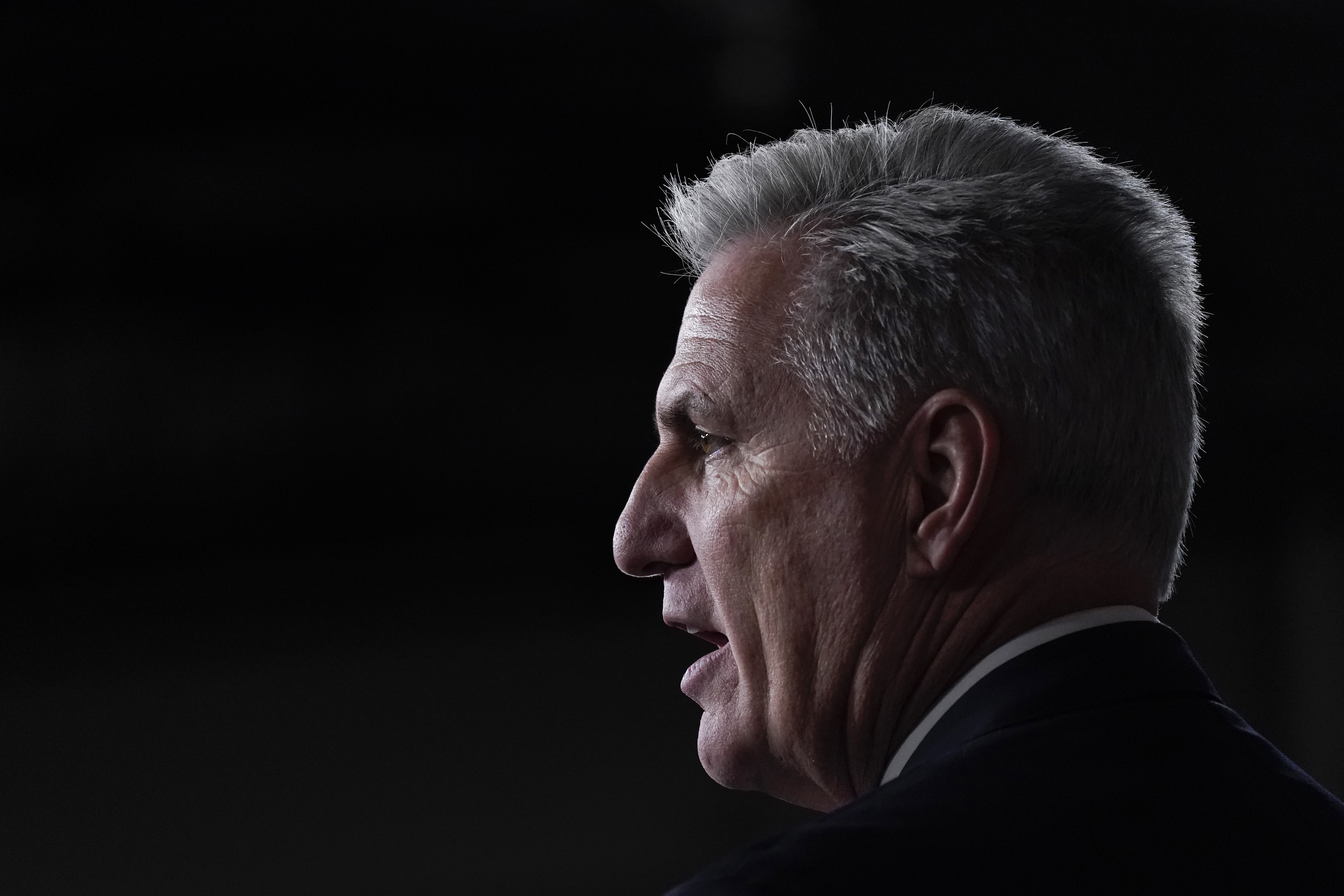 “They’re going to have to retool their approach,” Rep. Rick Crawford (R-Ark.) said of the White House. Crawford, one of 139 House Republicans who voted to challenge Trump’s loss to Biden, added: “Unless they are comfortable with, you know, continuing an adversarial relationship, I would think it would be in their interest to at least establish more of a conciliatory tone and a rapport.”

As of now, few House Republicans expect their presumptive GOP leader and the president to become true allies. So far, Republicans say, the White House has made scant inroads within the House GOP conference that could very well determine whether Biden can notch any legislative action in his next two years.

It’s a glaring issue for Biden, who frequently touts his bipartisan laurels and will need some House Republican cooperation to at least keep the government’s lights on — not to mention make a dent in his remaining legislative to-do list, ranging from veterans’ health to cancer research.

While the president has maintained a better relationship with Senate Minority Leader Mitch McConnell, the GOP leader in the lower chamber has repeatedly shown that he’s determined not to hand Biden any victories. Biden also has only spoken on the phone with McCarthy once during his presidency, according to a person familiar with their discussions. A White House official said that the Office of Legislative Affairs has engaged with the GOP leader since the start of Biden’s administration and continues to do so.

The president also has painfully little history with most of next year’s likely House GOP lawmakers. No more than 40 percent of next year’s House GOP will have served in Congress before 2017 and the start of the Trump era, according to a POLITICO review. That percent will shrink even further the more a Republican majority balloons above 218. Many of the conference’s biggest bipartisan dealmakers, like Reps. Fred Upton (R-Mich.) and Kevin Brady (R-Texas), are leaving, as well as Rep. Liz Cheney (R-Wyo.), who has emerged as a rare ally for Democrats in the wake of the Jan. 6 attack.

Among those remaining, many say the White House has done little to engender goodwill with congressional Republicans. POLITICO spoke with 10 House Republicans ranging from rank-and-file members to chairs-in-waiting, nearly all of whom described having little outreach or no contact with the other side of Pennsylvania Avenue.

And it’s hardly just McCarthy. Several House Republicans came up empty when pressed who, if anyone, in their conference had the sort of built-in relationship that Biden enjoys not only with McConnell but other GOP senators, including Maine Sen. Susan Collins.

“His legislative team is always in close touch with both parties in Congress, including by inviting House Republicans to thousands of briefings and events – because he’s always eager to make more bipartisan progress for the country,” Bates said in a statement.

Most critical for Biden, though, is not his own legislative wishlist. It’s the federal government’s annual to-do list, which will require buy-in from both parties to avert high-drama agency shutdowns or debt cliffs. During the years of Barack Obama and John Boehner, the breakdown between a Democratic White House and a GOP-controlled House nearly led to fiscal calamity.

“I think that’s the biggest mistake they’ve made in the last year,” said Rep. Tom Cole (R-Okla.), who has served under four presidents and described Biden’s outreach to his party so far as anemic. He said Biden and McCarthy could work well together, as they’re both “natural political animals.”

But Cole warned that McCarthy has “been ignored for two years, vilified to some degree … I think they’ll probably learn to regret that.”

They added that since May, and excluding the congressional picnic, 140 Republicans have been invited to the White House, and less than 30 have come.

Rep. Michael Burgess (R-Texas) said there have been “lost opportunities” during the past two years but that the relationship starting in January will depend on “which Joe Biden shows up after Election Day. Is it going to be fighting Joe or is it going to be let’s work together Joe?”

Across the administration more broadly, GOP lawmakers described mixed experiences with Biden’s team. Some recalled requests for information or conversations that were largely fruitless or frustrating, while others noted that some Cabinet officials were more readily available — such as EPA Administrator Michael Regan, Commerce Secretary Gina Raimondo or Transportation Secretary Pete Buttigieg — even if their ability to influence the administration’s decisions was limited.

But not everyone in Biden’s Cabinet gets positive marks. Burgess complained that it took “forever” to get a phone call with Homeland Security Secretary Alejandro Mayorkas — in the end, nearly a year. “And even then, the end result was not very satisfactory,” he recalled.

The relationship next year won’t just depend on Biden, but will also require McCarthy and his conference to play ball after cutting their teeth over the past two years largely opposing deals negotiated by the White House and Senate Republicans. A majority of House Republicans have opposed the big bipartisan deals that have come across their laps since the start of 2021, including the infrastructure bill, gun safety reforms and semiconductor funding.

Many in the conference have also questioned the legitimacy of Biden’s win during the 2020 election, echoing false fraud claims made by former President Donald Trump. And House Republicans are poised to roll out their agenda later this month, dubbed the Commitment to America, that is aimed at positioning their party for the 2024 election, not what can get to Biden’s desk.

Democrats, meanwhile, have shaped a midterm message around the so-called “MAGA Republican” brand, with Biden himself describing the GOP’s philosophy as “semi-fascism” at his high-profile speech in Philadelphia last week. In a dueling speech in Biden’s hometown about a hundred miles north, McCarthy demanded that Biden apologize for comparing Trump and his supporters to “fascists” — the latest sign of deteriorating cross-aisle relationships since Trump’s presidency and the Jan. 6. attack at the Capitol.

It’s not just at the top levels where Republicans say relations are frayed or nonexistent. It’s on the staff levels too. The White House’s legislative team, in particular, has struggled to make headway with House Republicans, a dynamic that has privately also rankled Democrats as the party deals with historically slim congressional margins.

“There’s not been much of an outreach from the White House”, said Rep. Bruce Westerman (R-Ark.), who is poised to chair the Natural Resources Committee next year.

One senior GOP House member, granted anonymity to speak candidly, described the outreach from agencies as “disappointing” and “uncooperative,” an echo of complaints Democrats had during the Trump years.

“They cannot expect to have a positive relationship when they do not respond to our requests,” the member added. “[Next year] they are going to have to appear before our committee, we’re going to set the agenda. And maybe it’s going to be a rude awakening for them. I don’t know. But they’re going to be compelled to answer our questions.”

In Neck-and-Neck Himachal Pradesh Election, A Look at 5 Rebel Leaders, Who Can Make a Difference