To understand Trump, ask “what would a two-year-old do?” 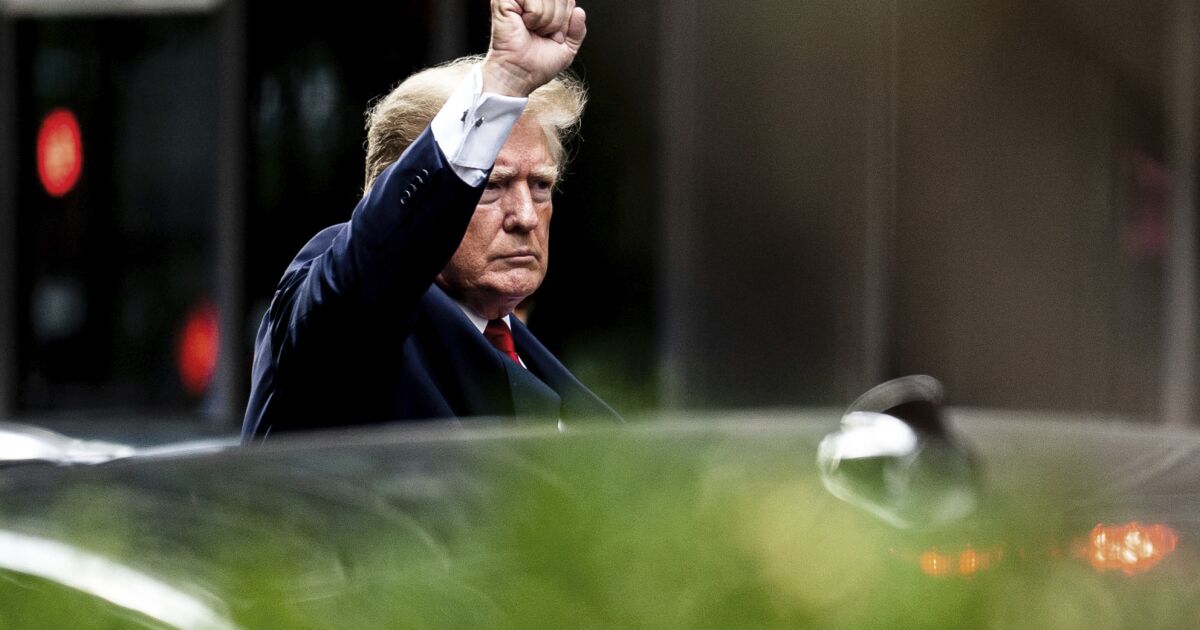 To the editor: Columnist Harry Litman writes that former President Trump’s essential sin is “equating his personal interest with the national interest.” This is wrong. The only interests Trump thinks about are his own. (“The Mar-a-Lago search looks more like it could provide a way to hold Trump accountable,” Opinion, Aug. 26)

Any parent will recognize this in Trump’s statement, “It’s not theirs, it’s mine.” This is not a legal argument or a media-savvy diversion. He need not have planned to sell the documents he kept at Mar-a-Lago after his presidency or use them as bargaining chips. He just saw things he wanted and took them. And he sees nothing wrong with that.

With this in mind, Trump’s irresponsible and outrageous behavior is no longer surprising. In fact, he’s predictable. Just ask yourself, “What would a 2-year-old do?”

To the editor: Amid the public rancor following the discovery of top-secret documents at Mar-a-Lago, one has to wonder about the Department of Justice’s long-term strategy.

For example, I suspect there may be evidence that Trump tried to sell our nation’s top secrets to a foreign adversary, a treasonous act. Why else would Trump steal and hide these particular files?

Yet, rather than starting with the most heinous possible crime — which could stir the GOP, the MAGA crowd and the public at large into an apoplectic frenzy — the Department of Justice is instead “leading us down the garden path,” so we fully understand Trump’s long list of alleged criminal acts, which could eventually result in a treason accusation.

This strategy also allows Trump to hang himself along the way with his idiotic rationales and kooky legal theories. In short, this circus ain’t over yet — not by a long shot.

To the editor: It’s way past time that the Justice Department asked Trump why he took those documents with him upon leaving the White House.

How much longer are we going to allow him to think he’s fooling anyone? He’s making a mockery of the American justice system, and we’re allowing it.

To the editor: I don’t mean to diminish the seriousness of Trump’s behavior with classified documents, and I recognize the many nefarious ways he could use them to the detriment of the country. Also, I’m in favor of anything that would disqualify him from running for president again in 2024.

But somehow, this feels a bit like finally nailing Al Capone for tax evasion.