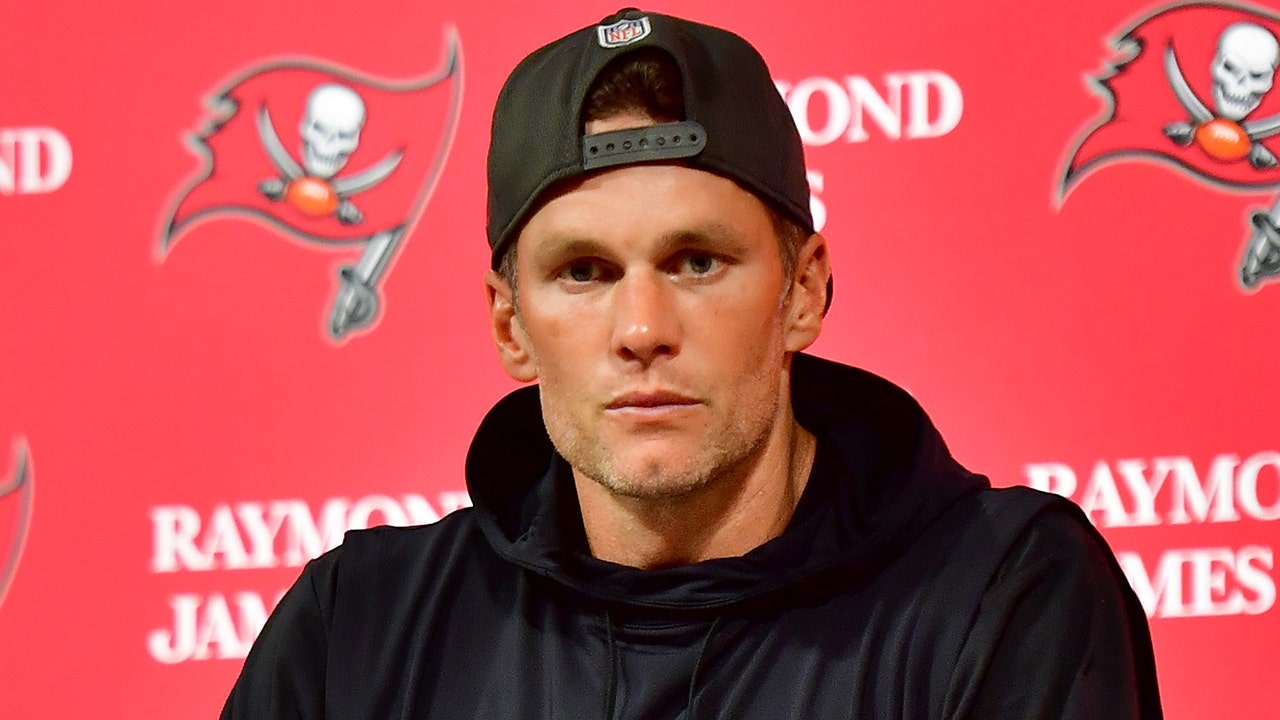 Tom Brady is on the clock.

After the Tampa Bay Buccaneers were eliminated from the NFL postseason following a 31-14 loss to the Dallas Cowboys, the NFL world waits for what Brady is going to do next.

The 45-year-old quarterback has a few options on the table. He could play another season for either the Buccaneers, he could walk away from the game completely and ride into the sunset or he could join the FOX broadcast booth which he intends to do once he is finished with football completely.

Brady said in the postgame press conference he would take some time to decide on his future.

Tom Brady #12 of the Tampa Bay Buccaneers walks off the field after losing to the Dallas Cowboys 31-14 in the NFC Wild Card playoff game at Raymond James Stadium on January 16, 2023 in Tampa, Florida.
(Mike Ehrmann/Getty Images)

“I’m gonna go home and get a good night’s sleep as soon as I can tonight,” Brady said. “There’s been a lot of focus on this game. Just one day at a time.”

On the ESPN broadcast, Joe Buck and Troy Aikman talked about the possibility of Brady playing one more season. Buck expanded on that notion in his postgame interview with Scott Van Pelt.

“When I talk to people about it, people inside the game believe he’s coming back for another year. Whether that’s here in Tampa Bay or that’s with some other organization, nobody knows,” Buck said. “But I will go back to what we said in the game … unless he’s a great actor he had a real heart-to-heart conversation with us about this. I think he’s been through a lot off the field and probably more than we give credit for.

“When I talked to these players and people on this coaching staff tonight before the game, they said Brady’s kinda been back to himself over the last three weeks which tells me for a while he was really out of it dealing with whatever that was going on with the team and everything that was going on in his life. I believe him that he doesn’t know if he’s coming back to play. And we’ll just have to all find out at the same time together.”

Aikman, the Hall of Fame Cowboys quarterback, added that if he does play at 46 he’s going to have to make some changes to his game that appear to be unsustainable.

Tom Brady #12 of the Tampa Bay Buccaneers walks off the field after losing to the Dallas Cowboys 31-14 in the NFC Wild Card playoff game at Raymond James Stadium on January 16, 2023 in Tampa, Florida.
(Mike Ehrmann/Getty Images)

“You don’t play until your 45 years old unless you love the game and he obviously does. He’s done it all. And tonight, let’s be honest, he looked like a 45-year-old quarterback,” Aikman said. “And I think if he comes back, we do know that if he was available and teams out there that needed a quarterback, Tom Brady would probably be at the top of the list. He’s well-regarded. He can still play at a high level. But he’s got to have those pieces around him. Most of us needed that when we were in our early 30s.

“If that’s in Tampa, great. But you can’t throw the ball 66 times and expect to do anything. He’s been doing that for the last couple years. He’s led the league in pass attempts for the last two years at 44 and 45 years old. Whatever the reasons are, that has to change wherever he is.”

Brady finished 35-of-66 with 351 passing yards and two touchdown passes and a rare red-zone interception. Chris Godwin led the Buccaneers with 10 catches for 85 yards. Jones had seven catches for 74 yards.

There are reportedly several teams interested in Brady’s services for the 2023 season despite him turning 46 years old. NFL Network’s Ian Rapoport explained the potential options Brady has before him on Sunday.

Tom Brady #12 of the Tampa Bay Buccaneers speaks to the media after losing to the Dallas Cowboys 31-14 in the NFC Wild Card playoff game at Raymond James Stadium on January 16, 2023 in Tampa, Florida.
(Julio Aguilar/Getty Images)

“Tom Brady is a free agent after this season. He will be 46 years old and I would say there’s a chance he does not return to the Tampa Bay Buccaneers despite the fact that they very much want him back and plant to make efforts toward that,” Rapoport explained.

The NFL insider added that Brady could very well find a new landing spot if Tampa Bay isn’t in his future.

“Among the teams that would consider Brady, a couple of them who considered Brady the last time,” he said. “The Tennessee Titans still have some quarterback questions there. The 49ers if they do not decide to rock with Brock Purdy – he’s certainly stating his case. And the Las Vegas Raiders, who have several of his old friends, including Josh McDaniels.”

There’s still a lot to be decided for Tampa Bay.

Ryan Gaydos is the sports editor for Fox News Digital.