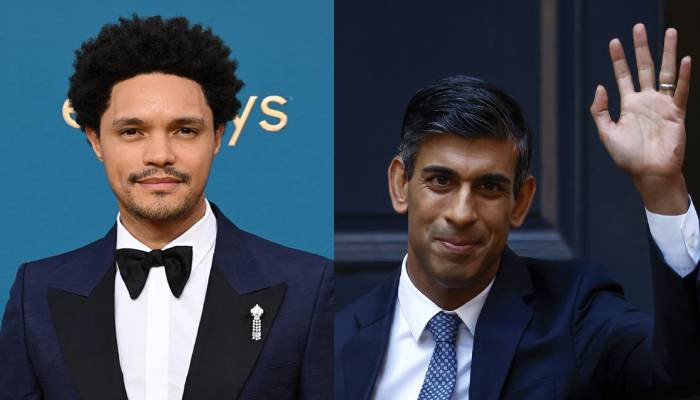 Trevor Noah recently revealed that he stood by his claims that he had made during his talk show about “racist backlash” following the appointment of Rishi Sunak as Britain’s prime minister in October 2022.

In a new interview with The Times, Noah criticised Britain again as he proved his claim by using a clip of a caller on radio station LBC who said Sunak was “not even British and that he doesn’t love England like Boris does”.

Last year, Noah was slammed for his controversial monologue which discussed fear of some British people, saying, “Oh, they’re taking over, now the Indians are going to take over Great Britain and what’s next?”

Speaking to the outlet, Noah clapped back at the criticism he received from many in the Britain.

“It is interesting that the UK wishes to believe it exists in some post-racial utopia,” stated the US talk show host.

Noah mentioned that those who disapproved with his statement, had not seen “the context” during his show.

The former Daily Show host pointed out that he never said that the entire Britain was racist, adding, “there is always a small group”.

Meanwhile, Noah finally bid goodbye to The Daily Show as a host after seven years.