Trump is figuratively burning the country down. Indict him 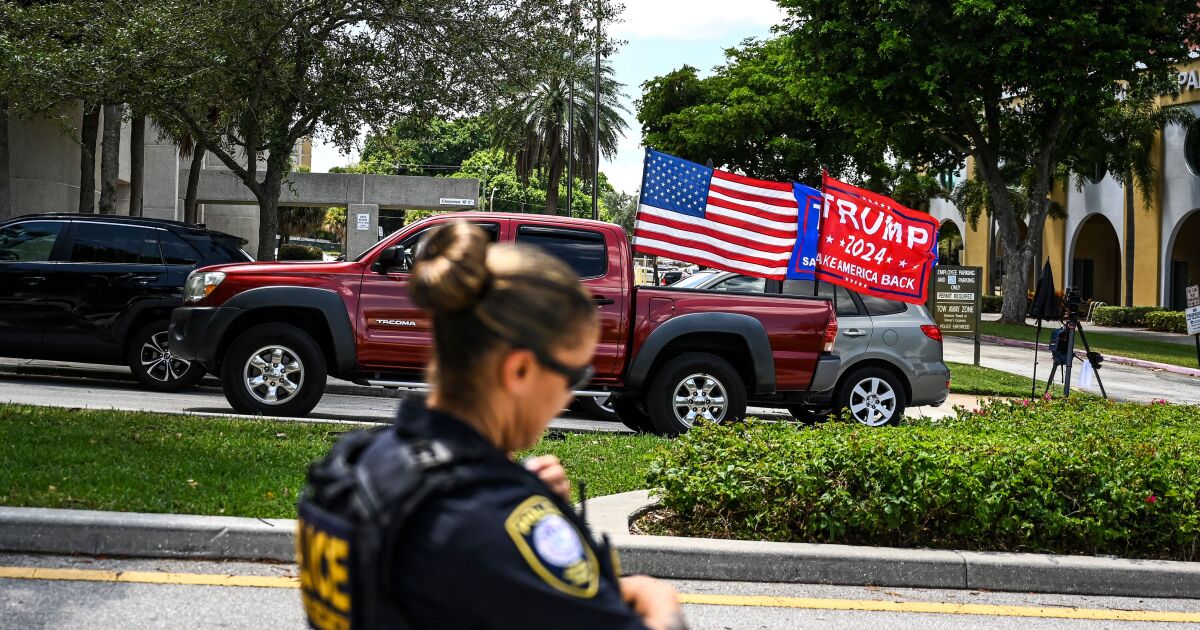 To the editor: I wholeheartedly disagree with the “cons” of prosecuting former President Trump cited by columnist Doyle McManus.

However unseemly it is for a president from another political party to preside over the prosecution of his predecessor, it is a baseless argument if the preponderance of evidence indicates that the ex-president incited an insurrection and improperly took sensitive documents with him upon leaving the White House.

Finally, one of Trump’s lawyers has said an indictment would unleash mayhem. The damage that Trump’s presidency did has been so cataclysmic that it will take several decades for the nation to recover. But if this man is not indicted and if he is not convicted, mayhem will be the least of our problems.

My hope is that Atty. Gen Merrick Garland does his job regardless of the pressure he feels. If no one is above the law, then Trump should face punishment. His misdeeds against the United States are too egregious for the criminal justice system to let him slide by because he’s a former president.

Trump’s hard-core followers may try to burn the country down upon indictment. But if Trump is not prosecuted, there will be no laws left that the people will respect or obey.

To the editor: Indictment, trial and conviction or acquittal are separate events and should be handled as such by the administration to alleviate the chance of pushback should Trump be prosecuted.

The attorney general should inform the president of his decision to indict. The president should then prepare to pardon Trump, with one caveat: that the ex-president not run again and stay out of politics.

I’m sure many attorneys and politicians wiser than I can select which of the four to choose to render the most desirable result.

We have President Gerald Ford’s pardon of Richard Nixon to show us what the effects of an unpopular pardon may be. Both Nixon’s allies and adversaries came to accept the pardon after a short time.

To the editor: There are no cons to indicting the former president.

Will we ever know what he told Russian President Vladimir Putin in their unrecorded meetings or what he flushed away?

We may not be hiding under desks in fear of a nuclear attack, but the danger to our democracy, if there are no consequences for trying to destroy it, is no less explosive.

To the editor: McManus hit the nail on the head. A failed prosecution would be an absolute disaster.