Trump’s presidency was much deadlier than George W. Bush’s 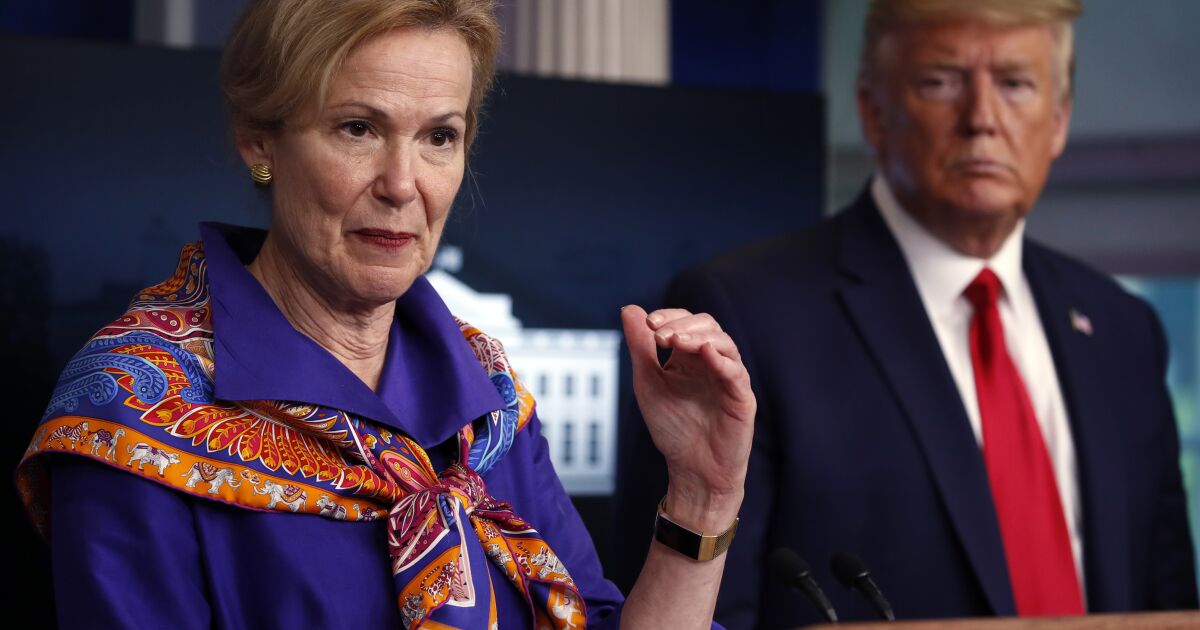 To the editor: Nicholas Goldberg’s otherwise excellent column comparing the presidencies of Donald Trump and George W. Bush has one glaring mistake. In referring to Bush, he states, “His policy led to a lot more deaths than Trump’s did.”

When Trump left office in January 2021, about 500,000 Americans had died of COVID-19. A great percentage of those deaths was needless. Even Dr. Deborah Birx, who worked for the White House under Trump, has admitted that many deaths could have been prevented had the Trump administration not botched the government’s response.

Perhaps half of those deaths could have been prevented if any other president had been in office except Trump, who essentially saw the pandemic as a public relations disaster instead of a public health emergency needing a strong government response.

Not many want to discuss this, but Trump may be responsible for the deaths of thousands upon thousands of Americans.

To the editor: Goldberg’s attempt to draw a distinction between the moral characters — and corresponding assessment of presidencies — of Trump and Bush was both inadequate and woefully lacking in self-reflection.

In refusing to acknowledge the harmful role the left played in dishonestly vilifying Bush as both a Hitlerian figure and a caricature-like doofus, Goldberg missed an important opportunity to address a noxious and acrimonious political movement that helped fuel the reactionary “know nothingness” and denialism embodied by Trump’s support base.

If America is to adopt Michelle Obama’s mantra of “when they go low, we go high,” then partisans on both sides need to be honest about the role they have played and continue to perpetuate in promoting division and self-righteous moralism at the expense of civil policy disagreement.

To the editor: In explaining Bush’s ranking among the worst presidents ever, Goldberg leaves out something important. In his column, there is no mention of the major and disastrous influence on Bush by former Vice President Dick Cheney.

Let’s give credit where credit is due.

To the editor: I think it has been obvious for a while that Trump is the worst person elected president in modern times, but the person who was the worst president was Bush.

The Iraq war. Torture. Tax cuts and reduced regulation for the wealthy.

To the editor: Goldberg lists Richard Nixon as among the worst presidents. While people like to pile on Nixon, they forget his accomplishments.

By those accomplishments, today Nixon could be considered a Democrat or, at a minimum, a very rare liberal Republican.