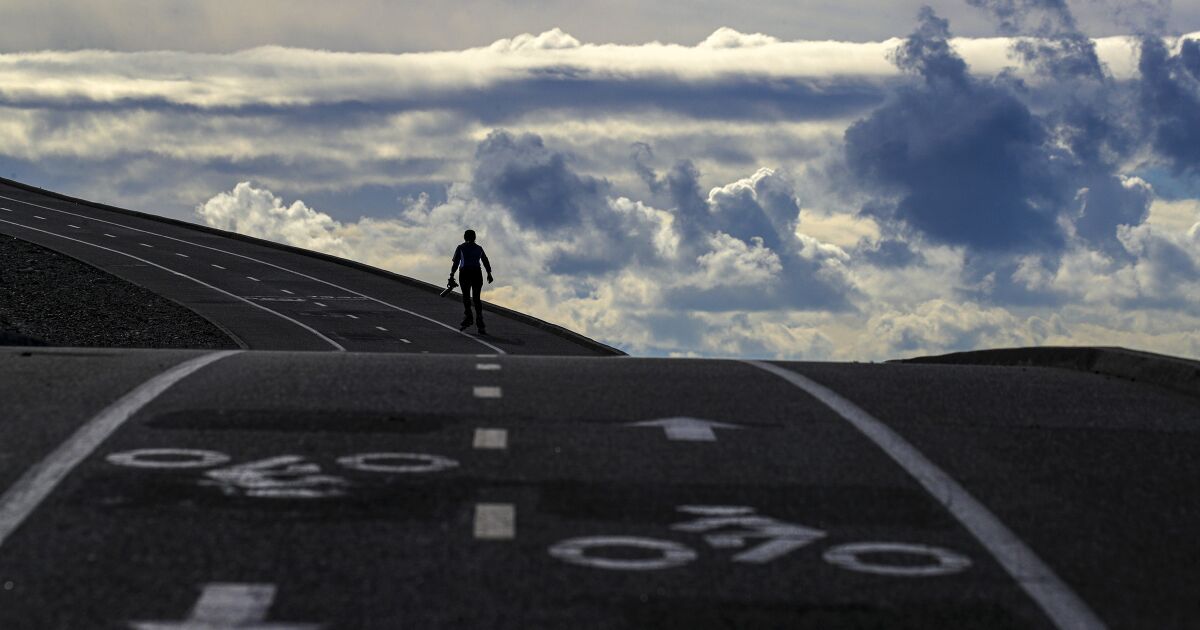 To the editor: While car-free streets are ideal for cyclists, it’s probably not politically or financially feasible to remove cars from most major thoroughfares in the near future. Instead, I’d suggest leveraging the existing car-free cycling infrastructure in the L.A. area — our system of river trails. (“These are the streets that readers want closed to cars,” letters, Aug. 27)

But just imagine if a separated bike lane could be built extending the Ballona Creek Trail east to the L.A. River. With this and the completion of the L.A. River Trail, we’d have a bike superhighway allowing travel throughout the basin.

To the editor: Here we go again with the pie-in-the-sky non-solutions.

When a street is closed to autos, the autos do not go away; rather, they go someplace else, thus increasing traffic on some other street. That is not a solution.

As for Griffith Park, the fact that cars shortcut through it is not reason to close streets in the park; rather, it is a reason to fix the nearby freeways. This would solve both problems at once.

If you want walking and biking trails in Griffith Park, by all means build them. But build them in addition to the current roads, with no closure of existing streets to autos.

To the editor: Two of the letters call for closing Hollywood Boulevard to cars, in part, to create a “promenade.”

Great idea! So, why not close it now, from Gower Street to La Brea Avenue, and kick the city’s existing expensive effort to redesign it into high gear?

Hollywood Boulevard could become an entertainment destination far more attractive than Santa Monica’s successful 3rd Street Promenade. It could pull that off by attracting live theater venues, now sprinkled around Hollywood, to relocate to the new promenade.

Do the same for live music venues, then reopen closed theaters to show movies old and new. Add in some museum attractions, street entertainers and more, and a new Hollywood Boulevard can be born, by offering every form of entertainment ever created.

Problems? Of course there would be, but we are known for our creativity. Let’s get to work.