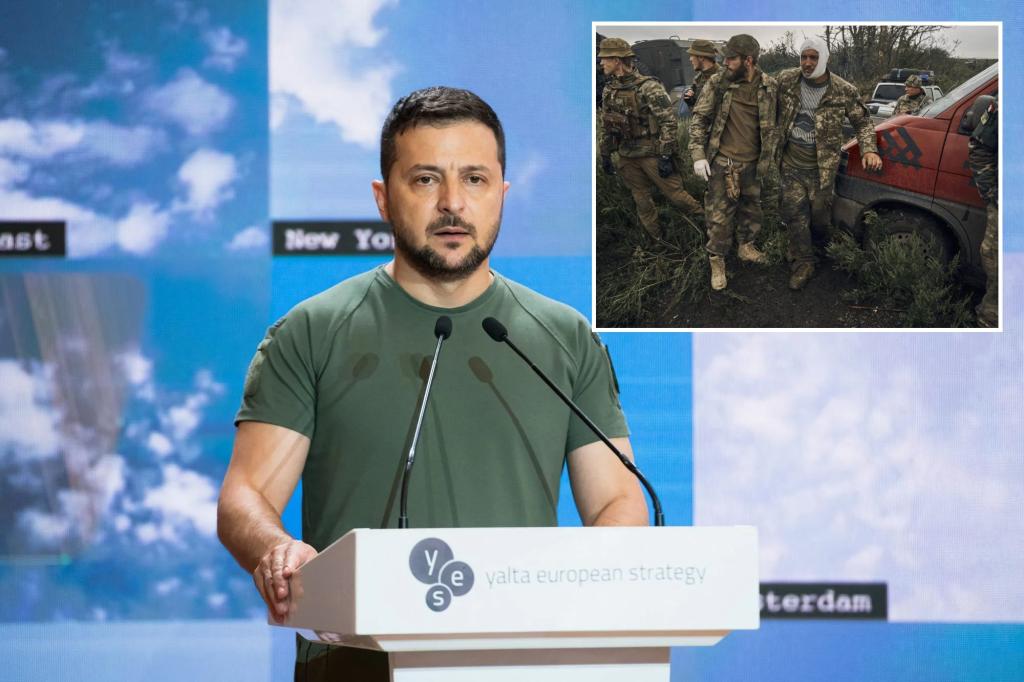 The ongoing Ukrainian counteroffensive, if successful, could reshape the war and the geo-political contours of Europe.

It is a testament to Ukrainian pluck and staying power but, above all, to the advanced weapons that the West has put in the hands of Ukrainians.

Soft power, the coinage of political scientist Joseph Nye for the ability of a country to get others to do what it wants without coercion, is important; hard power is absolutely indispensable.

This is easy to forget in a West that believes deeply in democratic ideals and moral example. Even if it is true, as optimists believe, that the arc of moral history bends toward justice, an armored division can smash and bend it back.

The history of the West is in part the history of arms races, in fortresses, cannons, ships, rifles, aircraft and much else.

Empires have risen and fallen on the strength of military hardware. Cities have conquered or been destroyed. Armies have triumphed or dissolved.

After the Russian invasion of Ukraine, Volodymyr Zelensky had bucketsful of soft power. He was the most admired man in the world. He spoke at the United Nations, to Congress and other national legislative bodies and even at the Grammys. What did that get him? It helped solidify the good will of Western countries, which was essential. He constantly tried to leverage that sentiment, though, for the hardheaded priority of more weapons.

Zelensky could still be admired in death, or in a Russian prison, or as an exile. Yet if he wanted to continue to be admired as the leader of an independent country, he needed sheer firepower.

Ukraine’s cause hasn’t gotten any more just or inspiring over the last couple of months; it’s gotten better armed.

Ukraine couldn’t win a straight-up artillery fight with the Russians, and in fact it was losing one in a grinding war of attrition. A HIMARS, or High Mobility Artillery Rocket System, versus artillery fight, though, is a different matter.

The Ukrainians have used these long-range, precision systems provided by the United States and other Western countries to hit Russian artillery parks, ammunition dumps and logistical hubs. The strikes have caused breakdowns in Russia’s fuel and ammunition supplies, as well as the cohesion of its troops and command-and-control.

The Ukraine war has been a conflict of stark phases and strategic adjustments and readjustments. The Russians will presumably have their answer to the current Ukrainian push, and if they don’t, one reason will be that they are running out of those pillars of hard power — men and materiel.

Paul Lockhart writes in “Firepower,” his book about the history of weapons of war, “Technological sophistication and military might are, to be sure, not synonymous but closely connected, and military might is a vital factor in the calculus of international relations. Great powers tend to have great weapons, or at least a lot of really good weapons.”

We should be mindful of this, not just in the assistance we provide to Ukraine, but in our priorities for ourselves. Our military budget needs to be much bigger, and our defense industrial base is wholly insufficient to the new, more threatening international environment. We would run out of rockets quickly in a war with China. Even supporting Ukraine at the current level has been a strain.

The United States is a marvel of soft power, binding allies to us, attracting people all over the world who want to come here and reaching the most far-flung places in the world. What we’ve been able to provide Ukraine that has been most telling, though, hasn’t been diplomatic or moral support but rather a system that can put a rocket directly on a target up to 50 miles away.

That’s been the game changer, as better, more sophisticated military technology has always been from long bows, to arquebuses, to fighter jets. There is simply no substitute for hard power.