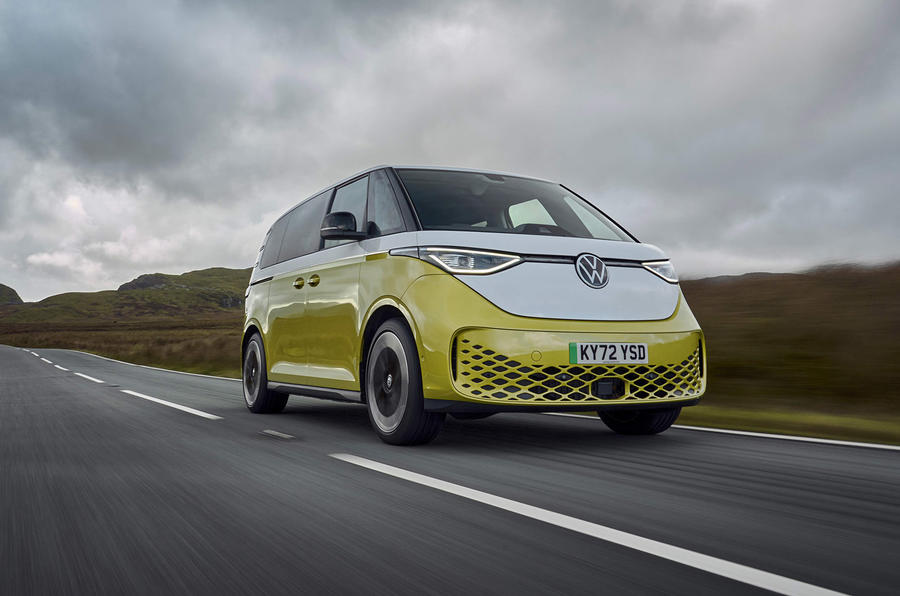 Volkswagen will reveal a GTX performance version of the Volkswagen ID Buzz later this year.

This will crown the electric MPV line-up, which will soon also expand to include a longer-wheelbase version and a California camper van.

Speaking at a 2023 Car of the Year event, Volkswagen R&D boss Kai Gruenitz gave more details on how the firm will expand the ID Buzz range beyond the initial five-seat MPV and Cargo van.

“The GTX will be a cool high-performance version, with 250kW [335bhp], a dedicated interior, new exterior colours and some additional features,” he said.

It will use the dual-motor, four-wheel drive system shared with other versions of the Volkswagen ID range of EVs, including the 2023 Volkswagen ID 7 saloon.

Wolfsburg is also considering launching a non-GTX four-wheel-drive version of the ID Buzz.

Gruenitz also detailed the long-wheelbase version of the ID Buzz that’s coming this summer, offering far greater seating flexibility than the five-seater. The launch model has only a standard three-seat bench across the back that splits 60/40 and can’t be removed.

The long-wheelbase version will be 25cm longer than the standard car and feature seven seats.

“It will have three rows and seven seats, and you can pull them all out of the back,” said Gruenitz. “It will also have captain chairs that turn around.”

When asked for an update on the development of the California version, Gruenitz said: “There will be a camper version. The first concept is being worked on now. It’s interesting what’s possible and what would be cool and usable.”

Autocar understands this model is likely to be introduced in 2025.