‘Wakanda Forever’ dives deep into the culture of Talokan 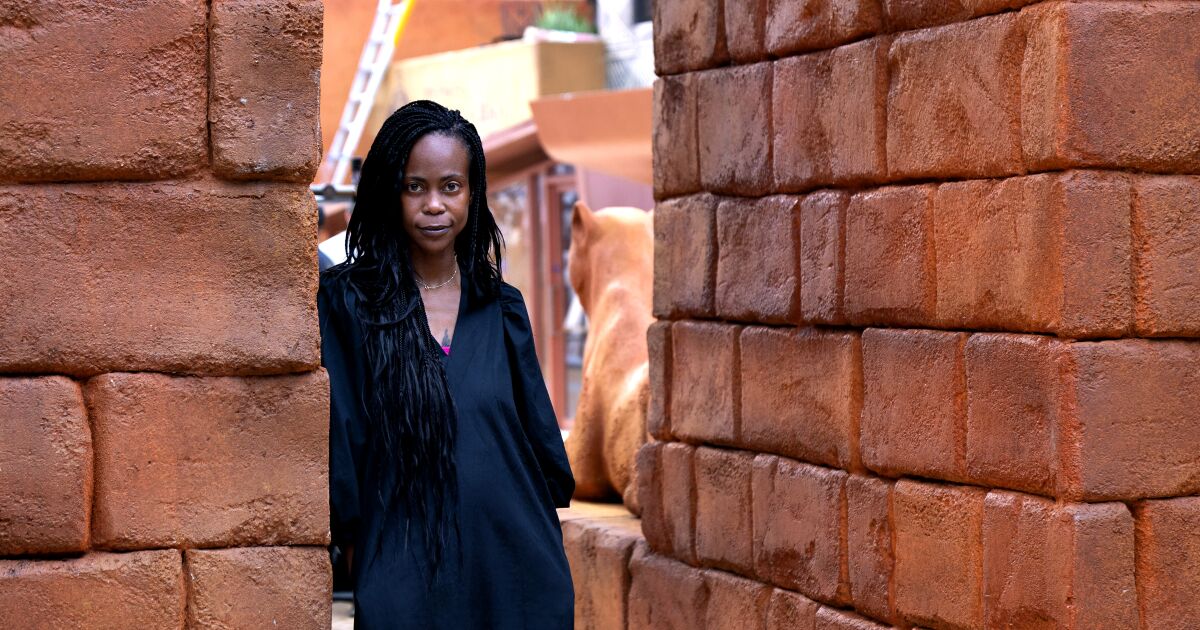 Hannah Beachler’s collaborations with director Ryan Coogler seem to keep going in unexpected directions. The production designer already won an Academy Award for creating the Afro-futuristic world of Wakanda in Marvel Studios blockbuster “Black Panther.” In the sequel, “Black Panther: Wakanda Forever,” not only did the production designer have the responsibility of helping fashion the undersea world of the Talokan people but she also experienced the heartbreak of losing Chadwick Boseman, the “Black Panther” actor who died only a few months before the start of filming.

Beachler says the extra time allowed the cast and crew to tackle their grief and get past the despondent questions that plagued them: “What’s the purpose, and what are we doing, and what’s this all for?”

It must have been uplifting then when Angela Bassett became the first performer from a Marvel film to win an acting honor with her Golden Globe award. Did that mean something special to you?

It really did. I said to myself, “This movie is still bringing firsts. We’re still making history with this film.” And that means something. And especially someone like Angela, whose legacy is long revered by so many. So, it’s just so special. And for Chadwick’s memory and it was just exciting. And for Ryan, sort of affirmation of all the hard work. Not that you ever do it for that reason, but it’s nice to be acknowledged. And again, for Angela, who stood on that stage once before for “What’s Love Got to Do With It.” And she’s an icon.

Do you remember what Ryan said was his biggest priority in terms of the design of the second film?

Talokan. He was telling me how he wanted this underwater world that is steeped in Mesoamerican culture. And he was thinking about Maya, and that was really important to him because we want to make sure we’re approaching that in the same way we approached Wakanda, with the same sort of integrity and ingenuity and understanding of that culture in order to make a new culture that stems from that.

Did you feel like you had the freedom to do whatever you needed to do in building the Talokan world within the MCU universe?

Ryan and I discussed how we wanted this to be a bit of a darker world, more of a realistic ocean. But there was definitely the freedom to explore and to try to find it because there were over 100 iterations of the world before we found what one we were going to go with. You just kept building and pushing on the design and questioning, “How does that work, or why is that there?” And they were along for the ride, and I’d show them every few weeks or so and they’d give me comments, but there was never the moment where they were like, “Not that. That’s awful.”

You kind of go in knowing that the first thing isn’t going to be the thing, but it’s a place to start, and then you keep developing. I’m speaking to experts, and every day I’m learning something new. Like when I started learning about thermal vents, and basically, they’re powering Norway. It’s like, how would we use the thermal vents to power this world? You keep learning about that thing and then putting this sort of futuristic spin on it. After this many years, they would’ve developed this type of a thing to transport themselves around the city, and understand the currents and how that works, and they would’ve hijacked some fiber optics and created a communication system to watch the land dwellers.

An everyday moviegoer might think much of the Talokan world was rendered with visual effects. There is a scene where Namor descends underwater into his throne room and speaks to his people and it’s almost completely live action. How long did that take to put together?

It was a long time because there was a lot of testing with materials. I think we tried every color that existed on Earth in the reds because that was a big one. We did a lot of tests digitally. We looked at that for months. And the jaw had to be built out of a certain material because we were going to put it in, and it had to work on the stage as well as in the [water] tank. It was really our first time working on a film that was using so much water practically. And we were learning on the job. Things happen. And the paint wasn’t right, and it came off in the tank. And we had this and that. When you see [Namor’s mother] go into the water, you see the Timbuktu building next to her, that went in the tank. That was all built. And the scene where she was giving birth was all built. When you see the people in the village, that was all underwater built. It was a lot of water on every single set.

Was there anything you saw in person that heavily influenced the decisions you made in terms of the Talokan design?

For me, it was the last three months of the film, it was back and forth to Puerto Rico, and then we spent the last three weeks shooting there. We were unable, because of the state of the world, to travel to Mexico at that time. And we really, really wanted to. We spent a lot of time with our experts. And professor Gerardo Aldana, who is an archeologist who specializes in Tulum, Mexico, would be in his class on Zoom, and he would be giving us a lecture with his class. A lot of the Maya culture was destroyed and lost. And so, there’s a lot of critical fabulation within a lot of the mythos of that culture. And Dr. Aldana, was so important to translate hieroglyphics, read hieroglyphics, teach us hieroglyphics, teach us about the math, about forest farming. And so much about their gods, so much as the underworld, the middle world, and the upper realm, and how that played into how they lived. It wasn’t just Mayan experts and historians and archeologists, we also were talking to oceanographers and marine biologists and specialists of different parts of the ocean.

In the first film, you dived into Afro-futurism. And in this film, you were able to do something for a Latin community that has not generally been seen on the big screen. How has the reaction been from fans?

Oh, it’s been delightful. I’ve had a lot of Twitter conversations with some really fabulous people in the Latino community who are fans, and some who are hobbyists of Mesoamerican culture and have done a lot of research and study on their own. And just the conversation talking about what the influences were, and the influences that people saw. I was blown away by how much people were looking at things on some of the sets, and things that are [on screen] very quickly. And it’s like I had a couple of people Twitter me about the chocolate cups and the chocolate holder in Namor’s memorabilia room. And those things were made in Tulum because we had a lot of shoppers and artists that were creating things for that world for us, or for the set decorator, Lisa Sessions. They see Pakal influences, they see the influences from Tikal, they see all of the things that we spent so much time making sure that we were getting right both in a traditional sense and then when you see Talokan, the sort of new cultural version of that.