“We” didn’t fail to stop climate change. Republicans did 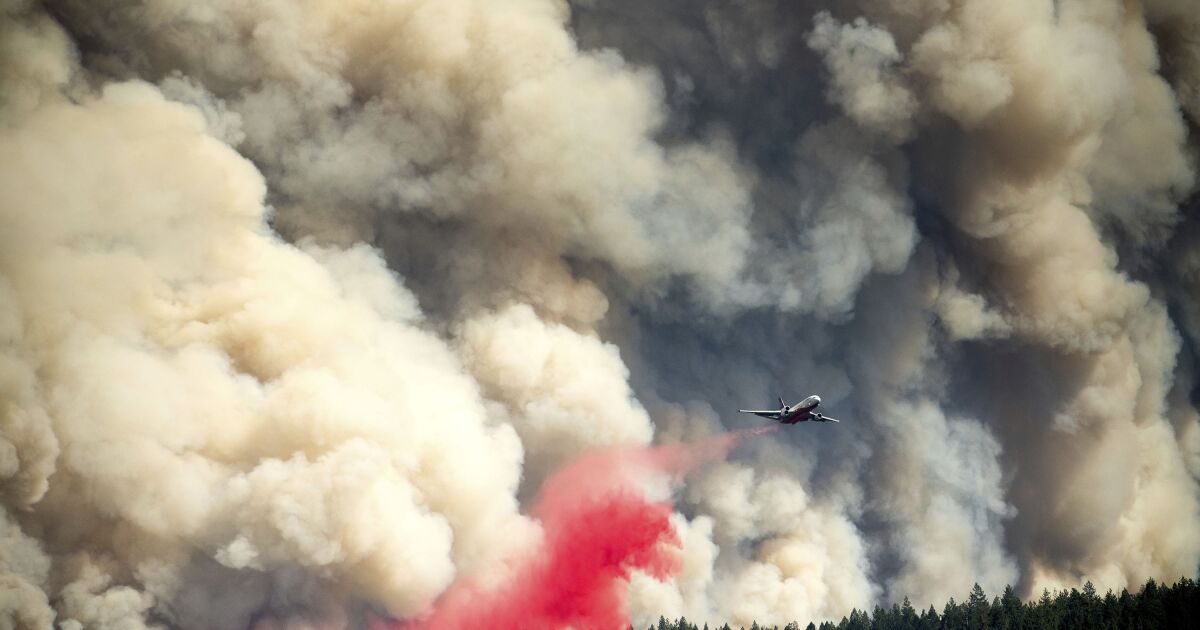 To the editor: While I greatly appreciate David Helvarg’s analysis of our mostly self-inflicted climate disruption catastrophe, I am so tired of language that neutralizes blame.

Helvarg writes, “We could have prevented it, but we failed to do what was required.”

“We” is the wrong word. Democrats have been trying to prevent it since at least the time Helvarg became alarmed about the dire consequences of climate disruption.

It is the fossil fuel industry and its toadies in the Republican Party who have systematically, persistently and perniciously done all in their power to prevent serious action on every level they can. We can thank every Republican we know for this catastrophe. Oh, and don’t forget Democratic Sens. Joe Manchin (W.Va.) and Kyrsten Sinema (Ariz.).

Due to Republican recklessness and greed, this crisis appears only to be getting more ominous by the day and very likely will utterly compromise life on Earth as we know it.

To the editor: It is not too late to act on climate change. Being late only means that we need to work harder.

We need to elect people at all levels of government who understand global warming and are ready to take positive steps to minimize the rise in carbon dioxide in the atmosphere and eventually bring it down. There are good ideas across the political spectrum, and they all must be implemented.

One of the best and simplest ways is to provide cash to all of us derived from making polluters pay for their effect on global warming. We must not despair. We must implement this, and fast.

To the editor: As Helvarg aptly posits, remedial climate control measures — such as provisions in this year’s Inflation Reduction Act — appear too limited and untimely to avert worldwide ecological disaster.

The primary culprit is relentless population growth; it inexorably will deplete the natural world’s vital resources until life as we know it becomes wholly unsustainable. What might it take to stabilize — or better, reduce — human numbers?

First, set aside the dream of endless upward mobility; it can be sustained only by constant expansion of capitalism’s markets. This leaves pervasive socialism as the only realistic antidote, but one that the upper classes will fight to civilization’s death.