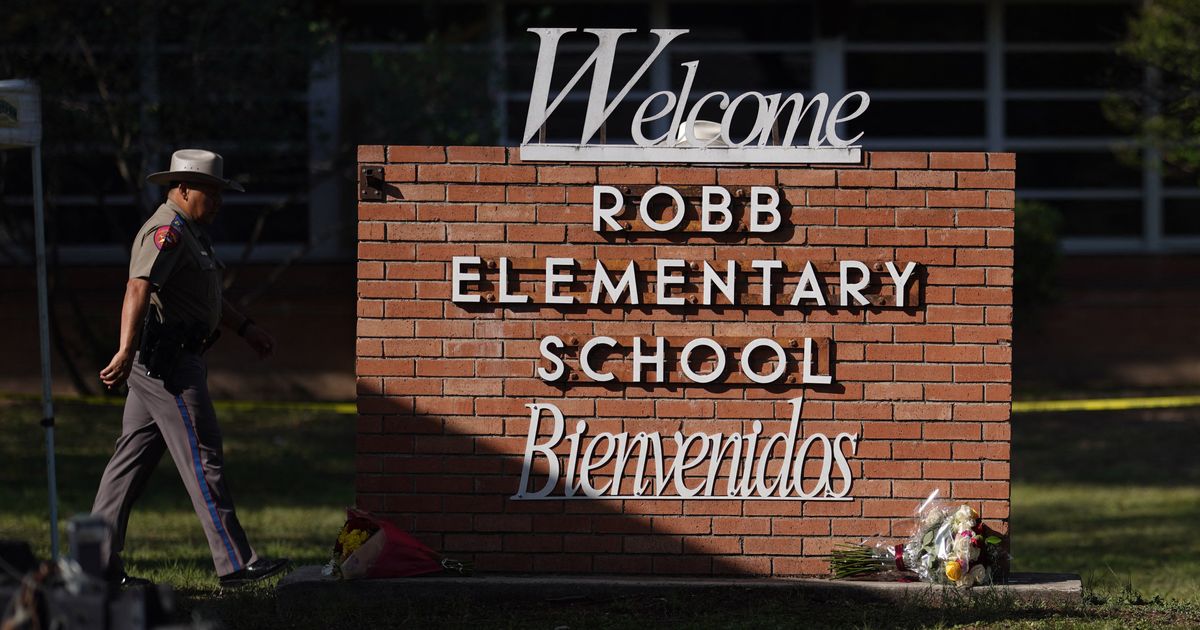 I served two combat tours in Iraq. I never thought I would see weapons in my community reminiscent of the type that my Marines and I used on the battlefield. Yet here we are, again. Nineteen children and three adults dead in another senseless act of gun violence in my home state of Texas. I am heartbroken. I am frustrated. I am seething.

This tragedy comes only 10 days after a racially motivated mass shooting at a grocery store in Buffalo, New York, that killed 10 people. Nearly a decade after 20 first-graders and six adults were murdered in Newtown, Connecticut. I mourn with the victims’ families and stand in solidarity with Uvalde, a small, predominantly Hispanic town 85 miles west of San Antonio.

As a gun owner and a veteran, I understand the many reasons to possess a firearm. I do not comprehend our leaders’ inability to enact bipartisan gun safety reform. Especially with the breakneck rate at which these horrific events continue to rip our neighborhoods, families and country apart.

FBI data reveals an upward trend in the frequency of mass shootings and killing sprees that span multiple locations. The FBI designated 61 active shooter events in 2021, a 50% increase from the previous year.

When will it end? When will Congress act? The shooting in Uvalde is the most recent reminder that our society values gun ownership more than education. More than mental health services. More than innocent human lives. I support two pieces of legislation that Tony Gonzales, the incumbent representing Uvalde in Congress, voted against: the Bipartisan Background Checks Act and the Violence Against Women Act, which contain common-sense solutions to prevent guns from falling into the hands of those who aim to commit violence.

Without measures to prevent gun violence or prohibit the mentally unstable from accessing a firearm, it is only a matter of time before another community is thrust into the national spotlight. We need to reconfigure our priorities. We need to limit access to combat weapons, and we need to hold our leaders in office accountable for their failure to ensure that our communities are safe places to live, work, shop, pray and study.

“The shooting in Uvalde is the most recent reminder that our society values gun ownership more than education. More than mental health services. More than innocent human lives.”

The FBI defines a mass shooting as an event with three or more casualties. There have been eight mass shootings in Texas since 2009.

Gov. Greg Abbott and Sen. Ted Cruz are scheduled to speak on Friday at the National Rifle Association’s 2022 annual meeting. Will they acknowledge that the deadliest mass shooting in Texas history at a Sutherland Springs church happened on their watch? Or that the El Paso shopping center shooting in which 23 people were killed took place almost two years later, also during their tenure?

If Texas had adopted extreme risk laws, the massacre in Uvalde might have been thwarted. Under this policy, if someone displays signs that they may intend to harm themselves or others, their weapons can be temporarily seized. Nineteen states have enacted this proven, evidence-based, life-saving measure. Why not Texas? The gunman posted multiple photos of his weapons days before his rampage.

I recognize the pain the people of Uvalde are feeling. As a father, I cannot imagine sending my daughter to school in the morning and never seeing her again. Uvalde is a tight-knit, minority-majority community of modest means. I come from a working-class Latino family. When a family loses a loved one, it is devastating for everyone. Twenty-three families are reeling from unimaginable grief.

Today we mourn. Tomorrow we fight for gun safety reform so that no more families suffer the same fate.

Share
Facebook
Twitter
Pinterest
WhatsApp
Previous article
Why I Don’t Care About The Uvalde Shooter’s Life And You Shouldn’t Either
Next article
Op-Ed: Her Majesty was a pretty nice queen, without a lot to say