Why does the Legislature allow Hochul’s pay-to-play COVID corruption? 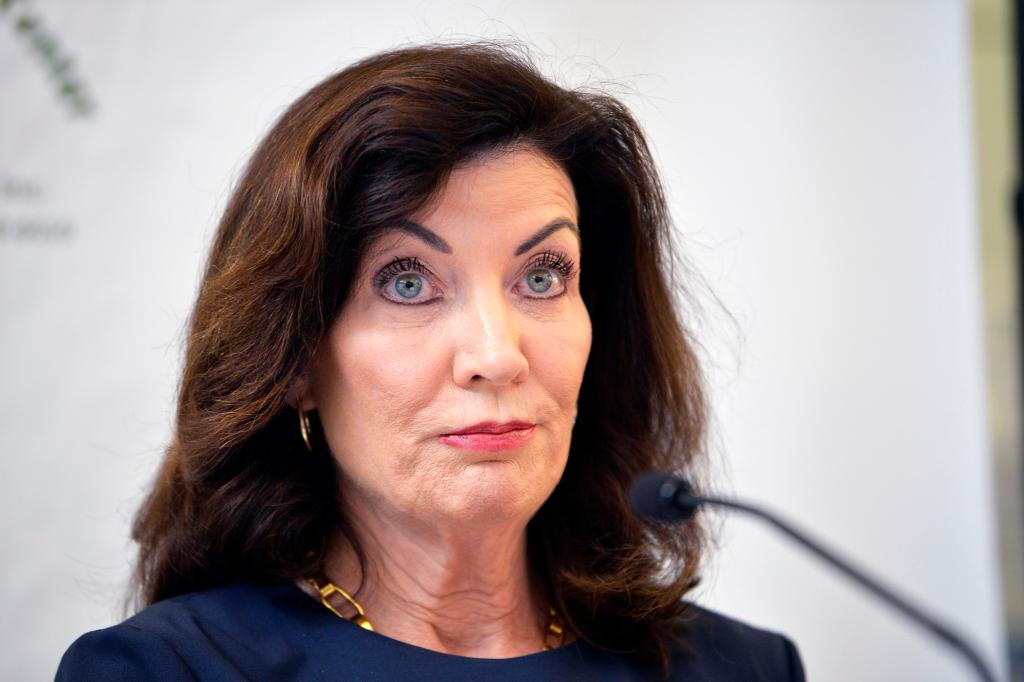 In the year she’s been in office, Gov. Kathy Hochul has shown she can learn the ropes quickly — the ropes, that is, of New York’s corrupt pay-to-play culture. She’s proven adept at raising tens of thousands of dollars from major real-estate developers coveting special tax breaks, ho hum. But she’s surpassing even her predecessor, Andrew Cuomo, in corrupting that supposedly sacred space: COVID-19 science.

Last week, Albany’s Times Union revealed that Hochul’s administration paid nearly $650 million to a middleman, Digital Gadgets, over the winter for tens of millions of at-home COVID tests at twice the market price.

It just so happens that Digital Gadgets’ founder and CEO, Charlie Tebele, is a big supporter of the governor. He and his family members have donated nearly $300,000 to her campaign.

In April, literally weeks after cashing the last multimillion-dollar check from state taxpayers, Tebele kindly hosted a fundraiser for Hochul, at a cost of $4,700. He, his family and his business partners poured more than $150,000 into Hochul coffers that week.

And a Tebele family member, James, a recent New York University grad, even has a paid job with the Hochul campaign. Young Tebele’s job is . . . fundraising.

The appearance of corruption is always bad enough. Why didn’t the state long ago forbid any vendors connected with COVID-19 supplies from making political donations?

In an acute state of emergency, after all, when lives are at stake, we shouldn’t have to even consider whether state officials might be making COVID-related decisions on anything other than your and your family’s health.

Why did New York pay Digital more than $12 per test when other vendors were selling them to the state at between $5 and $8 at the time?

There are lots of questions here. Maybe Digital’s tests would be cheaper if the manufacturer, AccessBio, cut out the middleman and its undisclosed profit. What value is Digital adding to this supply chain, besides lots of cash for Hochul?

And why does the Legislature keep allowing Hochul to procure all these tests on an “emergency” basis, thus allowing these shenanigans to go on?

Digital doesn’t want to answer these questions, so, under a little public scrutiny, it instantly preyed on the public’s fears. It’s trying to distract us from all the donations its principals made to Hochul’s campaign, by using . . . science.

That is, Digital insists it charged so much because the tests it bought, and then resold, were more accurate, as they are made in New Jersey, not China.

“Because of the reliability of the tests themselves . . . comparing U.S.-made AccessBio tests to inferior-quality tests that were manufactured in China is not valid,” a company spokesperson told the Times Union. The company should know, thanks to its pre-COVID experience as . . . a hoverboard wholesaler.

No, it’s not nonsense that American manufacturers probably make a better product. But New York could have set exacting accuracy and inspection requirements that only Western-country manufacturing could meet.

The state didn’t do that, says a major supplier. That’s the real scandal.

As kids go back to school and people (theoretically) go back to work, we’re all supposed to be diligently testing ourselves whenever we feel a tiny bit sick. Test, test, test, they tell us.

Now, though, a major test seller has told the public that millions of the rest of the tests New York bought — and that many people still have in their homes — are trash. You literally can’t even compare the price of the two, Digital says, because the competitor quality is so “inferior.”

I’ve got four boxes of tests from Digital’s competitor iHealth — eight tests total — sitting in my bathroom drawer, courtesy of New York state. They do, indeed, say “Made in China” on the box. Shouldn’t I throw them away?

Or, really, shouldn’t Hochul quickly recall the “inferior-quality” iHealth tests, if what Digital says is true?

It’s the expert. Hochul bought the product it offers at an above-market price because of its expertise and that alone, not because of hundreds of thousands of dollars in cash changing hands.

More hiding behind the science.

Nicole Gelinas is a contributing editor to the Manhattan Institute’s City Journal.