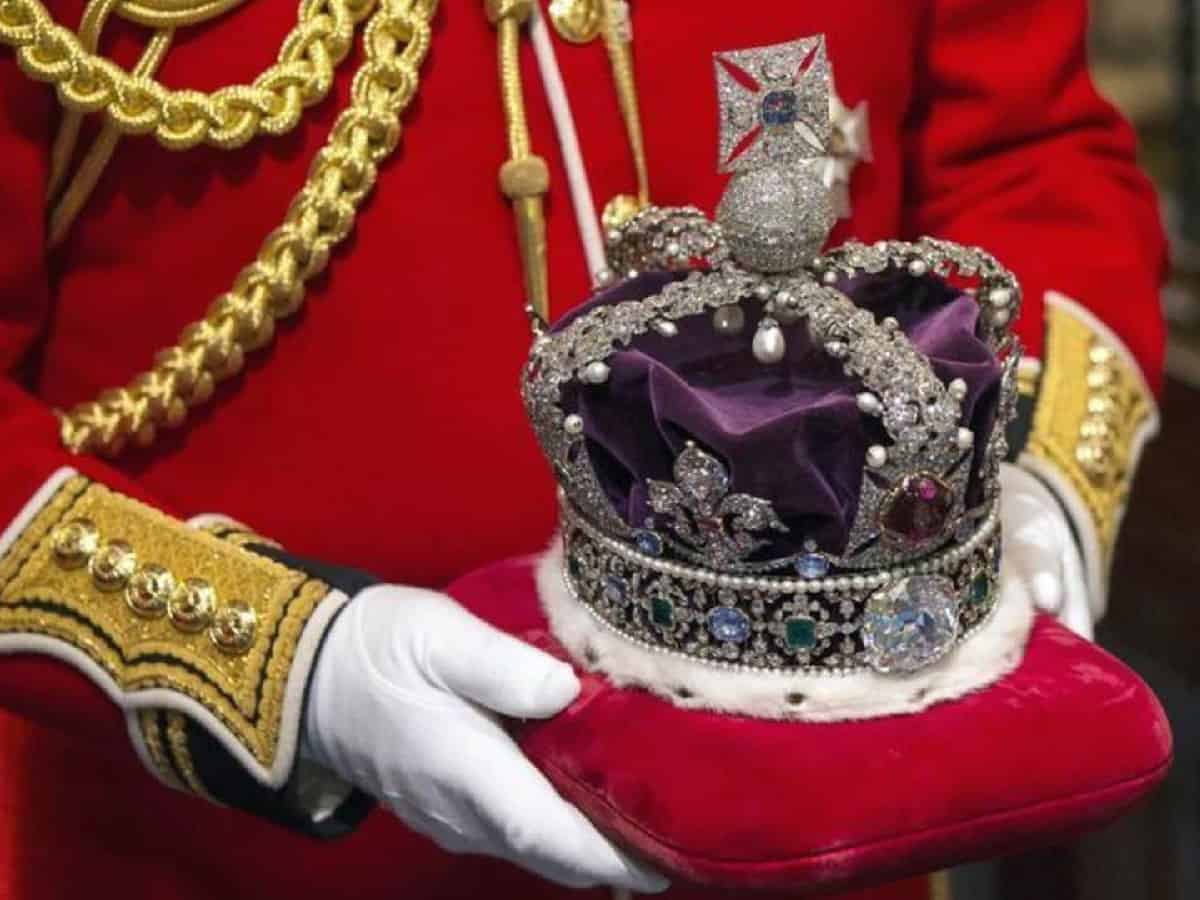 Queen Elizabeth was one of the richest women in the world. Her net worth was estimated to be $ 427 million and she had a huge collection of jewels in her possession. Some were family heirlooms and some were gifted to her by dignitaries and celebrities from different countries. Not surprisingly, some of the jewels that she prized most originated in Hyderabad. In 1947, the Nizam of Hyderabad gifted her with a necklace studded with 300 diamonds.

Recently, the Royal Family revealed the incident when the Queen received a precious gift from the Nizam of Hyderabad. On Instagram, the family posted a picture of the Queen wearing the diamond and stated
“The necklace was given to then Princess Elizabeth as a wedding present in 1947 from the Nizam of Hyderabad, Asaf Jah VII. The Nizam left instructions with the firm Cartier in London that Princess Elizabeth should select a wedding gift herself, and a platinum necklace set with approximately 300 diamonds was chosen. Her Majesty has continued to wear the necklace throughout her reign and has also loaned it to The Duchess of Cambridge. The photograph and necklace are part of the display at Buckingham palace,” the caption read.

The Nizam had also presented a tiara which the Queen often wore. All the diamonds sparkled and glittered as she moved, sending out flashes of light in different directions. They were exquisitely beautiful.

The Queen visited Hyderabad in 1983 and visited the Holy Trinity Church in Bolarum on the occasion of her 36th wedding anniversary which was on November 20th. Special invitations were issued to VIPs to mark the occasion. Thousands of people lined the streets as her motorcade passed and many showered her vehicle with flower petals. Upon arrival at the church, she was ushered into the front row and sat there throughout the service. It was a red letter day for everyone concerned.

During that visit, the Queen also visited Qutb Shahi tombs in Hyderabad. Among those who received the Queen in traditional Hyderabadi style was former senior bureaucrat Narendra Luther. Abdul Qayoom, the former senior official of the State Archeology Department, was given the honour to explain the historical importance of the tombs and the area around them.

But now the passing of Queen Elizabeth has rekindled the demand for the return of the Kohinoor diamond to India. On Twitter, many Indian citizens have raised this long pending demand again. In his book An Era Of Darkness, parliamentarian Sashi Tharoor stated that the Kohinoor was once touted to be the world’s largest diamond. But now after whittling and redesigning, it stands at 105.6 carats.

Kollur Mine was a series of gravel-clay pits on the south bank of the Krishna River in the Golconda Sultanate of India.

India first demanded the return of the Koh-i-Noor in 1947. A second request followed in 1953. Each time, the British Government rejected the claims. In the year 2000, several Indian members of parliament signed a letter calling for the diamond to be given back to India. Britain’s reply was that the Kohinoor was part of British heritage for more than 150 years.

Kohinoor’s journey from Lahore to London
The legend goes that the stone was first mined in the region of present-day Telangana-Andhra.

According to Wikipedia, to be précised Kollur Mine from where the Kohinoor was mined was a series of gravel-clay pits on the south bank of the Krishna River in the Golconda Sultanate (meaning Qutb Shahi reign) of India.

The earliest attested weight was 186 old carats and was coveted by many powerful rulers. At that time an expert who appraised it stated that its value was such that it could feed the entire world’s population for three days.

Different rulers such as Alauddin Khalji, Nader Shah, Ahmed Shah Durrani, Shuja Shah and Ranjit Singh had the diamond in their possession throughout the course of history. Finally, the British rulers of India managed to procure it from Ranjit Singh’s son Duleep Singh.

After the second Anglo-Sikh war which ended in 1849, the British administrators laid out harsh conditions of surrender on the young Duleep Singh including the handing over of the Kohinoor to the Queen of England. With no option left, Duleep Singh agreed and that was how the diamond passed into the hands of the British rulers.

But the problem did not end there. The Governor General, Lord Dalhousie now faced the difficulty of having to transport the world’s most valuable diamond from Lahore to Bombay and from there to London.

He decided that taking the gem in a secretive manner would be better than taking it in the midst of a heavily armed convoy. He took it in his own private box and journeyed to Bombay. There he gave the Kohinoor to Captain William Lockyear who boarded a ship named The Medea which set sail for London on 6th April 1850. Accompanying him was Captain Ramsay, nephew of Lord Dalhousie. Again there was no deployment of large security staff. The idea was to present the image of two young Captains proceeding to England for a holiday. Not carrying anything of great value.

The Medea was almost wrecked in a storm near Africa but eventually docked in Plymouth on 30th June. Thereafter the Kohinoor was formally presented to Queen Victoria on 3rd July 1850 by the deputy chairman of the East India Company. The date had been chosen to coincide with the Company’s 250th anniversary.

Ever since then the Kohinoor has been the “property” of the British monarch. It is said that the person who will now have the right to wear it will be The Queen Consort Camilla, wife of King Charles. Whether the demands of many Indians that the gem be returned to its historical owners will be met or not remains uncertain.